Discovering a previously unknown indication for a known drug is a common pattern in pharmaceutical research and development. Perhaps the most widely known example for the repurposing of a known drug is acetylsalicylic acid, also known as aspirin. Originally developed by Bayer in 1897 as a pain and fever medication, long-term low dosing of aspirin was later discovered to be an effective cardiovascular medication that can lower the chances of a heart attack or certain kinds of stroke. There are many other examples of successfully repurposed drugs. Pregabalin was originally developed to treat epileptic seizures and it was later discovered to be effective in treating neuropathic pain and generalised anxiety disorder. Similarly, sildenafil was originally developed to treat cardiovascular diseases and only later discovered to be effective in treating erectile dysfunction, eventually leading to Pfizer’s blockbuster drug Viagra.

If a new medical use is discovered for a known – possibly already patented – pharmaceutical entity, then it is possible to obtain patent protection for the same pharmaceutical entity in relation to that new medical use by way of a second medical use claim. This practice takes into account that developing and bringing on the market a repurposed drug often takes a great deal of research and investment, including extensive additional clinical trials and regulatory approvals for the new indication. Nevertheless, second medical use claims in pharmaceutical patents are not without controversy, critics putting forth that they give originator drug companies the opportunity to practice ‘lifecycle management’ or ‘patent evergreening’ by obtaining additional years of patent protection after the original product patent (ie, the patent covering the chemical or biological entity of the drug) has expired. For this reason, second medical use patents are often challenged by generic drug manufacturers in EPO opposition proceedings and national invalidity proceedings. As the European Court of Justice (ECJ) has just recently held in its Santen judgment (C-673/18), second medical use claims are also not eligible to pharmaceutical patent term extension via supplementary protection certificates.

While pharma companies can rely on an extensive body of encouraging EPO case law regarding the validity of second medical use claims, their enforceability in patent infringement proceedings across Europe is not straightforward and remains a subject of debate. In many countries, second medical use claims turn out to be ‘toothless tigers’ when it comes to keeping competitors out of the market. The reason is that in contrast to product claims, which are infringed by the generic drug manufacturer directly as soon as the product is manufactured, imported or offered for sale in the territory that the patent is valid in, second medical uses are not carried out by the generic drug manufacturer directly, but only when a patient is actually treated. Patients and medical practitioners, however, cannot (and should not) be the target of patent litigation. To hold generic manufacturers liable for the infringement of second medical use claims, it is settled case law (at least in Germany) that such claims are not only infringed if the drug is directly used in the patented way, but also in case of a ‘purposeful arrangement’ for such use. Such purposeful arrangement is usually in the form of use recommendations in a packaging insert or medical prescription information that is distributed together with the drug product.

If second medical use patents are properly drafted and litigated correctly, they are unlikely to be toothless tigers and should certainly be worth the effort. The reason for this optimism lies in a recent paradigm shift in German case law that – given Germany’s role as one of the most important patent litigation venues in Europe – may well spread and be adopted by other European courts.

According to the German Federal Court of Justice, Swiss-type and EPC-type claims are both construed as purpose-related product claims (Pemetrexed, BGH X ZR 29/15). Previous German case law relating to the infringement of second medical use claims generally required that the medicament is manufactured and purposefully arranged for the claimed use (ie, offered and supplied for the claimed use). In essence, under the previous German case law, such a purposeful arrangement was required in order to be held liable for a direct infringement. This meant that the product needed to be prepared for the infringing use by, for example, formulation, dosage, packaging and product information leaflets, explicitly indicating the claimed use such that the product could be expected to be applied in the patented use. Due to the stringent requirements for this purposeful arrangement, its prerequisites could often be bypassed by generic drug manufacturers by taking appropriate measures such as regulatory carve-out strategies of the patented indications, patient groups or dosage regimens in the drug’s medical information for healthcare professionals in skinny or generic labelling approaches.

Recently, new liability criteria for the infringement of second medical use claims have been developed in several landmark German court decisions, in particular Ostrogenblocker (OLG Dusseldorf, I-2 W 6/17, 5 May 2017) and Fulvestrant (OLG Dusseldorf, I-2 U 27/18, 9 January 2019). In these decisions, the Dusseldorf Court of Appeal developed a further cause for liability of a generic drug manufacturer in the absence of a purposeful arrangement (eg, in case of a carve-out or skinny-label strategy); namely, sufficient extent of use (in the patented way) in addition to the generic drug manufacturer’s knowledge (or negligent ignorance) about such use.

Following the example set in Ostrogenblocker and Fulvestrant, a direct patent infringement of a second medical use claim can be established if each of the following four criteria are fulfilled:

Circumstances for the second criterion can be, for example, the current physician’s prescription practice, the pharmacies’ substitution practice, as well as the manufacturer’s participation in public tenders for rebate contracts with health-insurance providers.

Fulvestrant offered, for the first time, some guidelines on the application of the third criterion regarding sufficient extent of use. In the case underlying the 2019 Fulvestrant decision, the patented use only constituted a single digit percentage of the number of patients for the drug (less than 7%). This was considered insufficient. The court considered that with an increasing number of cases in the patented use, the chances of a court ruling in favour of affirming the infringement would increase. To get an injunction, pharma companies should bear in mind that sufficient extent of use in the patented indications must be established at the time of the oral hearing, whereas for damages and accounting claims, it suffices to establish proof of the patented use for a period in the past. Therefore, a proper data acquisition and up-to-date market monitoring of prescription practices is key for second medical use claim litigation in Germany.

To illustrate this further, for example, a second medical use patent exists for the use of a certain drug to treat a particular form of anxiety. The drug is also approved to treat general anxiety and at least two other specific types of anxiety-related disorder besides the patented one. A generic-drug manufacturer may try to reduce its liability risks by mentioning only the two other non-patented types of anxiety-related disorder on the label. A cross-label use (ie, prescriptions in the patented indication) might still occur when:

According to the new line of case law, a court might still rule on infringement if a considerable amount of cross-label use can be proven. The generic drug manufacturer may also try to reduce its liability risks by mentioning only the treatment of anxiety and anxiety-related disorders on the label, which would encompass both patented as well as patent-free indications. The patentee would also need to prove a substantial prescription practice in the patented indication (‘in-label use’) to prevail in litigation. Finding on infringement despite the lack of a specific mention of the patented indication on the drug label (ie, purposeful preparation) has been made possible only by the new paradigm shift in the case law and is an important step in strengthening second medical use patents.

As the sale of the generic drug for non-patented uses must remain possible, German courts that find a second medical use claim to be infringed do not usually enjoin the defendant from selling its product per se. Rather, the courts order the defendant to take active measures to prevent the patented use in the future. Such orders may, for example, include one or both of the following:

In particular, a change in the regulatory law may be necessary to allow for effective warning notices on drug packaging, label and prescribing information. The current practice of rebate contracts and substitutions of prescribed drugs for less expensive versions, which often lead to a violation of patent rights, should be revised to strengthen the protection offered by second medical use claims.

Even though new and more extensive liability criteria have been defined for the infringement of second medical use claims, the major issue still seems to be how to prove such infringement, in particular, the extent of a cross-label use, in light of the significant burden of proof that rests on the plaintiff even under the new case law. 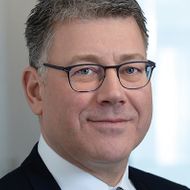 Arwed Burrichter is a senior partner with the law firm COHAUSZ & FLORACK. He is a renowned and highly experienced European and German patent attorney. Having obtained a PhD in chemistry from the University of Southern California, Los Angeles, Dr Burrichter prosecutes and litigates patents in the fields of pharma, general chemistry, polymer chemistry and biochemistry, and gives advice on strategic IP decisions. 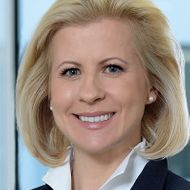 Natalie Kirchhofer is a partner and European and German patent attorney with COHAUSZ & FLORACK. She obtained a PhD from the Max-Planck Institute of Biochemistry in Munich and has particular expertise in European Patent Office pharma opposition proceedings and litigation of chemical and life sciences patents. Before joining COHAUSZ & FLORACK, she worked for a New York-based law firm gaining hands-on experience in US patent litigation of life sciences patents. Having passed the United States Patent and Trademark Office Patent Bar Exam in 2014, she is also familiar with US patent prosecution. 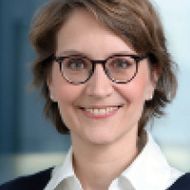