Asian entities have seven of the 10 biggest active US patent portfolios, according to research exclusively compiled for IAM by IP data and analytics platform ktMINE. Korean company Samsung sits at the top of the tree, with 75,595 active assets as of 1st January 2018 – close to 30,000 more than IBM, which had 46,443. Rounding off the top five are Canon, Microsoft and Intel. Between them these five businesses owned over 225,000 active patents on the first day of this year.

The IAM/ktMINE US Patent 100 lists the 100 entities that own the most active US patents. It is published in issue of 89 of IAM, which is available to subscribers from today.

As well as overall portfolio size, the listing details pending applications, ratio of application to grants and the percentage of applications published in 2017. Separate tables provide information on the companies with the highest grant to applications ratios and high application activity.

That Samsung’s active portfolio is so much bigger than IBM’s may come as a surprise to many, given that Big Blue perennially tops the annual tables for most US patent grants received. It did so for the 25th consecutive year in 2017. However, as we have discussed previously, IBM’s abandonment rate is particularly high and so many of the patents it receives do not stay in its portfolio for very long. Samsung, on the other hand, is more likely to keep hold of its rights – and, of course, is more active in more technology areas.

Overall, there are more US entities than any others in the IAM/ktMINE US Patent 100, although the Asian companies in the list hold more patents. Europe has 14 entrants in total, the highest being Nokia in 18th position.

Patents and applications that had expired, been abandoned or were otherwise unmaintained were excluded from the dataset.

To get the results, ktMINE technology aggregated each granted patent and application to its corresponding corporate tree in order to create the most up-to-date and complete portfolio. Each entity was designated by the location of its corporate headquarters for supplementary analysis. 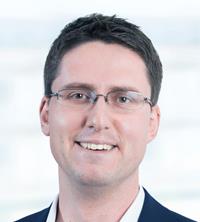