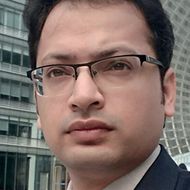 Until recently it was compulsory to file a Patent Cooperation Treaty (PCT) application – including any Article 19 or Article 34 amendments – as is in India. Any amendments to the claims, including deletions, had to be made through a request for voluntary amendments, which involved additional fees. Alternatively, applicants could wait until examination to delete claims. The situation was unhelpful to both the Indian Patent Office and applicants.

Last year, the Patent Rules were amended to include several new provisions. One of the most important of these changes is set out in the substituted Rule 20(1):

An application corresponding to an international application filed under Patent Cooperation Treaty may be made in Form 1 under sub-section (1A) of section 7.

Provided that the applicant, while filing such application corresponding to an international application designating India, may delete a claim, in accordance with the provisions contained in rule 14.

Under this rule, patent applicants may delete a claim during PCT national phase entry in India. This can be useful for reducing excess claim fees – currently these are approximately $25 per claim. However, the rule change is strictly limited to claim deletions. Other types of amendment (eg, mergers of two or more claims or the alteration of the claim language) must still be supplemented by a request for voluntary amendments and the payment of an associated fee. Alternatively, applicants can choose to wait until the examination stage to make any claim amendments.

Additionally, it would be advisable to delete any claims directed towards non-patentable subject matter in India when filing a national phase application. Sections 3 and 4 of the Patents Act set out non-patentable subject matters in India. Since the term ‘invention’ is defined as a new product or process involving an inventive step and capable of industrial application, any claim which is directed towards neither a product nor a process (eg, a data structure or a signal) is not allowed in India. Likewise, omnibus claims and claims directed towards computer-readable medium or computer program products are not allowed in India. All such claims can therefore be deleted at the time of filing in order to avoid excess claim fees.

Patents, Asia-Pacific, India
Back to reports