The PPP may be great news for Google, but less good for the blood pressures of its patent team members

Ten days in and Google’s Patent Purchase Promotion (PPP) is already attracting a great deal of interest, according to the latest reports.

Last week at the Spring meeting of LES USA and Canada, Black Stone IP Director Matt Moyers tweeted that Google's head of patent acquisitions Kirk Dailey had stated in  a panel discussion at the event that the PPP “has had significant traction” since it got underway on 8th May, with prices set ranging from $1 to $2.3 billion and 40% of submissions being priced at less than $40,000. A day later Moyers updated those figures: “Submissions have ranged in price from $1 - $3.5B and 41% of submissions are under $100K.” Whether this was based on information supplied by Dailey, though, is unclear.

These numbers chime with what IAM has heard, but we also understand that “significant traction” may be understating things somewhat. Instead, we have been told by several sources that words such as “inundated” and “overwhelmed” might be more appropriate. With the promotion due to close on 22nd May, there are still a few days left for patents to come in; no doubt, many will.

This can’t be a surprise to anyone. Companies do not get much more deep pocket or high profile than Google, so having invited all and sundry to submit patents for possible purchase and to name the price, it was always going to get a lot of parties taking the offer up. Thus, it is hard to believe that the company would not have seen a possible submissions flood coming.

There are probably well over two million currently active US patents, the vast majority of which are doing absolutely nothing but sitting there incurring costs for their owners. In the next issue of IAM we will list the 369 entities that between them own more than half of all active US patents and it is unlikely that many of them will be participating in the PPP. But that still leaves tens – if not hundreds - of thousands of other patent owners who might be interested, especially at a time when patent values are flat.

The number of human beings that Google has available to look through everything it gets is likely to be pretty small, so a lot of the heavy lifting is bound to be mechanised or, more accurately, computerised. The company has one of the most sophisticated patent functions out there and has invested heavily in big data to create a state of the art analytics operation. Doubtless, every submission will be subjected to intensive algorithmic scrutiny before it lands in front of a real person. But, even so, when it comes down to it, all decisions will be made by individual Google employees.

The PPP is potentially a very neat way for Google to get view of a number of patents that may cause it problems at some stage or another, and to get its hands on ones that it believes may give it real trouble. But it also puts huge pressure on both the analytics team and the people who will have to make the final calls. I can’t help thinking of those stories about the record company that turned down the Beatles and the publishers that said no to Harry Potter. Would you want to be the Google analyst pinned for failing to notice the patent that was submitted and rejected, but which ended up costing the company tens of millions of dollars in damages and licensing fees? Or the transactions executive who decided the price for an identified patent was too high, months before having to settle a case based on it for an eight or nine figure sum?

When you are dealing with a lot of stuff over a limited timeframe it heightens the potential for slip-ups. Of course, the PPP could turn out to be one of the great ideas, but it has also put a small group of Google employees under extreme pressure to deliver, while not fouling up. In the end, at its heart IP is about individual human beings and the calls – good or bad – that they make. Over the next few months, and perhaps years, the Google PPP team may become very aware of that. 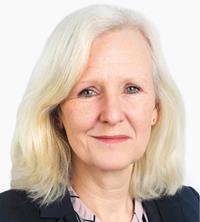