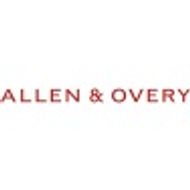 On December 1 2015 the Industrial Property Law came into force. Among other amendments, the act introduced a long-awaited change in the rules regarding patent protection for second or further medical use of a known substance or composition, which aligns Polish patent law with the European Patent Convention and European Patent Office (EPO) case law.

Patents for second or further medical use provide an attractive scope of protection, as they are an exception to the general rule that patents can be granted only for new products. For this reason they are widely employed in the pharmaceutical industry. Previously, inventions concerning second or further medical use were claimed in the Swiss format (in accordance with EPO Enlarged Board of Appeals' decision in Eisai). A typical 'Swiss-type' claim is drafted in the following form: “Use of a substance or composition X for the manufacture of a medicament for therapeutic application Y”. However, following the Act revising the European Patent Convention of November 29 2000 and the Enlarged Board of Appeals' decision in Abbott Respiratory, European patents can no longer be granted for inventions concerning second or further medical use which are expressed as a Swiss-type claim. European patent applications for such inventions with a filing or priority date on or after January 29 2011 may contain only claims which take the following form: "A substance/composition X for a specific use in a method of treatment" (so-called 'product-by-use'­ claims). Such a purpose-related product protection of a known medicament for any further specific use in a method of treatment was clearly permitted by the introduction of a new Article 54(5) in the European Patent Convention 2000.

Until December 1 2015, Polish law had not been adapted to these European developments. The Industrial Property Law clearly stated that the novelty requirement did not exclude the patentability of an invention concerning a use of a substance comprised in the state of the art for the manufacture of a product with a new use. This language was a clear reference to Swiss-type patent claims. In addition, the most recent Inventor’s Guidebook issued by the Polish Patent Office in 2009 states that in relation to patents for second or further medical use, both types of claim – Swiss-type and product-by-use – are allowed. Therefore, under the previous version of the Industrial Property Law, inventions concerning second or further medical use could theoretically still be expressed in the form of a Swiss-type claim, which had been explicitly rejected by the EPO.

The amendment to the Industrial Property Law eliminated this ambiguity by referring exclusively to the product-by-use format in accordance with Articles 54(4) and (5) of the European Patent Convention. Amended Article 25(4) of the Industrial Property Law states that the novelty requirement does not “exclude the possibility of granting a patent for an invention concerning a substance or a composition comprised in the state of the art for... use in a strictly specified manner in the methods of treatment or diagnostic methods... provided that such use is not comprised in the state of the art”.

Patents, Europe, Poland
Back to reports