In the past 30 years, Taiwan’s economic achievements have resulted in a rise in gross national income from US$9,372 in 1991 to $27,867 in 2019 – an average compound growth rate of about 3.8%. In the past decade patent royalty payments to foreign rights holders have been approximately US$5 billion each year, thanks to Taiwan being such an important manufacturing base for the world’s high-tech products.

Foreign rights holders are well taken care of in all of Taiwan’s courts and government agencies. Any foreign IP owners, especially those in the high-tech fields, should look to the Taiwan market for its high-quality output and low-cost workforce if seeking to establish a foreign branch of their business. Top talent can be attracted by offering salaries that are higher than the low national average elsewhere in the country. By making the most of the talented local workforce, rights holders will be able to build a new patent portfolio by operating a Taiwan research and development (R&D) centre.

Taiwan is a high-tech country. Taking the blockchain technique as an example, the number of patents granted according to this technique from 2017 until February 2020 have been recorded by the Taiwan Intellectual Property Office (see Table 1), which can be compared favourably to the statistics over a similar period in seven other countries (Australia, France, Germany, Japan, Korea, Sweden and the United States) (see Figure 1).

Although Taiwan has a strong R&D focus, businesses rarely attempt to play the role of leader or pioneer because the risk of losing capital and profits is too high. However, in recent years, Taiwan has performed well:

In the future, Taiwan could provide a space for IP practitioners that do not like to participate in price wars. Taiwan can offer numerous opportunities to start-ups, and thanks to Taiwan’s unique environment, it can help to develop some extremely advanced techniques – but it does not come without its challenges:

Given the above, patent rights may monetise from Taiwanese manufacturers or derive profits from the Taiwanese market. Taiwan produces great talent and is a wonderful place for running or operating businesses. Patent owners should seriously consider Taiwan to:

In order to monetise patents in Taiwan, it would be useful to look at the development of recent patent practices:

It would be advisable to relax the following additional practices:

In order to resolve a validity dispute, the supplemental brief and evidence submitted by the invalidator any later than three months after the invalidation has been instituted will not be reviewed. Likewise, in order to stabilise or secure the state of the patent rights so that the general public can easily determine what scope a specific patent is protecting, the (claim) correction petition (normally resulting in a change of the protection scope) may be made only on response, supplementary response or reply, where such reply is the patentee’s response to a preceding Patent Office decision which rejected the correction petition.

The utility model patent can be an impressive enforcement tool in many jurisdictions. The legal infrastructure and enforcing environment of a utility model in Taiwan are improving and becoming increasingly appealing. Effective from 1 July 2020, whenever there is a claim among the claim set in a case regarding lack of novelty or non-obviousness, the Patent Office will issue a References-Citing Technical Appraisal Notification inviting the patentee to reply and seek favourable consideration. This is in contrast to the previous approach, where all claims at issue were regarded as neither novel nor obvious.

In order to demonstrate its role as a public servant, the Patent Office offers training courses for improving industrial innovation, protection and use of IP rights. The Patent Office contacts enterprises in relevant technical fields (eg, fintech, biotechnology, medical, telecoms and precision machinery) about these courses.

Although the patent system has been actively implemented in Taiwan for more than half a century, it has not been maximised so far as its effect is concerned. For example, applicants select services from patent firms based on quality, price, ease and speed, and a valuable or pioneering idea may be missed in the patent claims.

In Taiwan, rights holders – especially international giants or NPEs with enough capital – may closely monitor and cooperate with invaluable patent ideas and R&D thanks to Taiwan’s workforce talents. Or sift the best patent items from poorly financed local individuals or small companies that cannot afford to keep or pursue super patent rights. As long as the patentee has a strong patent and the patent is a ‘hot’ product, Taiwan can be a dream location for creating cash through patents.

Taiwan’s government agencies, such as the Patent Office, actively try to improve patent practices, contributing to Taiwan’s reputation as a place where rights holders can engage local talent for valuable patent rights, acquire or cooperate with local small or medium-sized businesses to create invaluable patents, and partner with local talented individuals and businesses to generate patent treasures capable of generating royalties from competitors all over the world. 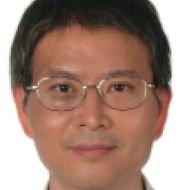 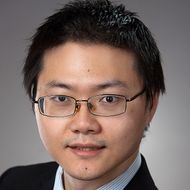