How do you get a patent in Australia?

According to the most recent statistics (WIPO 2018), IP Australia ranks among the top 10 patent offices by number of patent applications filed. This, coupled with an open economy, applicant-friendly process and relatively low filing fees, makes Australia an attractive patent filing destination.

For both kinds of patent, human beings and processes for their generation are not patentable subject matter. Subject matter that is not a ‘manner of manufacture’ is also excluded. This covers subject matter such as:

Additionally, plants, animals and biological processes for their generation are not patentable subject matter for innovation patents.

Australia is a member of the Paris Convention and a signatory to the Patent Cooperation Treaty (PCT). This means that an applicant can utilise the Paris Convention to file a patent application in Australia up to 12 months after an initial filing in another convention country. The convention’s provisions will then allow that application to claim the priority date of the initial filing.

It is entirely permissible to file a patent application without any claim to priority.

Examination may be requested on filing with the relevant fee and a statement of entitlement of the applicant to the invention.

Again, examination may be requested on filing with the relevant fee and a statement of entitlement of the applicant to the invention.

No other documents (eg, a power of attorney or inventor’s declaration) are required. However, applicants must nominate an address for service in Australia. This is usually a firm of patent attorneys.

All applications undergo a formalities examination. If the formalities are met, a filing receipt will issue. Otherwise, applicants are invited to overcome the matters raised in the formalities report within two months.

An examination report is typically issued within about six to 12 months of a request. This provides a 12-month period in which all objections raised in the report must be overcome and acceptance (allowance) achieved. Failure to do so will cause the application to lapse. If acceptance is not achieved, applicants can continue prosecution of the subject matter of an application by filing a divisional application. Such an application must be filed during the pendency of the patent application.

The examination process can be expedited based on a number of criteria. When this happens an examination report is typically issued within one to two months of filing.

If multiple inventions are identified during examination, divisional applications may be filed at any time up to three months after advertisement of acceptance of a parent application.

Third-party oppositions may be filed within three months of advertisement of acceptance. In the absence of an opposition, patent grant will promptly occur. The normal term for a standard patent is 20 years from the effective Australian filing date.

This term may be extended by a maximum of five years for some human pharmaceutical patents.

An examination report is typically issued within one to two months of a request and provides a six-month period in which all objections must be overcome and certification achieved. Otherwise, the patent will cease.

Once certified, an innovation patent may be opposed at any time.

These are generally regarded as non-patentable subject matter as the purported invention relates to “no more than an instruction to apply an abstract idea or scheme, using generic computer technology” (Commissioner of Patents v Rokt Pte Ltd (2020) FCAFC 86).

However, in Aristocrat Technologies Australia Pty Limited v Commissioner of Patents ((2020) FCA 778) the Federal Court determined that “mechanisms of a particular construction, the operation of which involves a combination of physical parts and software to produce a particular outcome” can constitute patentable subject matter. This decision is under appeal.

What are the major administrative procedures in Australia?

Unlike, for example, the EPO and the USPTO, Australia does not have an appeal board.

Instead, when faced with the prospect of not being able to overcome an examiner’s objections, an applicant may request a hearing. Such a hearing is a form of oral proceeding before a delegate of the commissioner of patents. A delegate is a specially appointed senior examiner outside of the original examining technology unit who has the authority to hear submissions, consider amendments and make a written decision to accept or refuse an application.

If an application is refused after a hearing, the applicant may appeal to the Federal Court only. An exceedingly small number of applications are appealed, most of which concern refusal on eligible subject matter grounds. Typically, the subject matter is computer-implemented inventions.

Third-party observations may be filed at any time prior to grant. This procedure allows the filing of prior art relevant to a determination of novelty and inventive step. Once filed, the process becomes ex parte – that is, the proceeding to resolve the prior art is conducted between only the applicant and the patent office.

Once an application is advertised as accepted, opponents have three months to initiate an opposition. Following the filing of the notice of opposition, the opponent must file a statement of grounds and particulars. This constitutes a summary of the case to be answered by the applicant and must identify the grounds of opposition, which may be one or more of:

After the evidentiary steps have been completed, the opposition is heard before a delegate of the commissioner. This is an opportunity for both the applicant and the opponent to orally argue their case.

A written decision is issued by the delegate within about three months of the hearing and typically includes an award of costs. The decision may be appealed to the Federal Court of Australia.

A granted patent may be subjected to a validity challenge at any time by a third party requesting re-examination. The grounds for re-examination are:

A request for re-examination must set out the grounds for invalidity in full, including expert evidence. This is critical because, once filed, the re-examination requestor is no longer permitted to join the proceeding.

If the patent office determines the request to raise a question of patentability, the patent will be examined. An examination report will issue, as appropriate, to which the patentee may respond. Ultimately, the patent may be maintained unamended, amended or refused. A refusal may be appealed to the Federal Court.

There are no administrative enforcement options available in Australia.

How are patents enforced through Australian courts?

To enforce a patent against an alleged infringer, an action must be commenced in the Federal Court. All such initial actions are conducted before a single judge. Jury trials are not permitted.

An action commences with an applicant filing an originating application and statement of claim before serving the filed documents on the other party (respondent). A statement of claim is a pleading that sets out each allegation of fact relied upon by the applicant.

The respondent is required to file a defence, which will include admitting, not admitting or denying each fact alleged by the applicant.

The applicant may file a reply to the defence. Each pleading must include a certificate signed by the parties' legal representatives, which certifies that the material available provides a proper basis for each claim in the pleading.

The respondent will also usually file a cross-claim for revocation of the patent. In this case, the applicant may file a defence. The infringement and invalidity claims are heard together by the Federal Court. The steps in a proceeding are as follows:

Although the costs of a matter may vary substantially depending on its complexity, among other things, costs to the order of A$1 million or more may be incurred.

Costs are usually awarded to the successful party. The cost award will typically be about 60% of the actual costs. However, if costs are awarded on an indemnity basis, they may be close to the actual costs.

In circumstances where it is desirable to maintain the status quo and to prevent a party from engaging in allegedly infringing conduct, the patentee may apply for interlocutory relief. Grant of an injunction will restrain an alleged infringer pending a final hearing.

Since Australia is a common law jurisdiction, the decisions of courts and relevant tribunals form part of the legal framework. Decisions of the High Court carry the most weight, followed by those of the Federal Court.

There is no doctrine of equivalents; instead, patents are given a purposive construction. There is also no concept of 'file wrapper estoppel'.

An appeal from the Federal Court lies to the full Federal Court (minimum three judges). With special leave, an appeal may be made to the High Court of Australia, although this is uncommon in patent matters.

How are patents commercialised in Australia?

There are no regulations or statutory requirements directly applicable to patent licences, including for SEPs, in Australia. These licences are generally regulated under the anti-competitive provisions of Part IV of the Competition and Consumer Act 2010 (Cth). Since the exemption of IP licences was repealed from this legislation in September 2019, there has been no court consideration of FRAND obligations and SEP licensing, although an upcoming decision in Motorola Solutions Inc v Hytera Communications Corporation Ltd may provide some insight.

Part IV also applies to the ‘pay for delay’ agreements used by the pharmaceutical industry. The Australian Competition and Consumer Commission is expected to undertake regulation of such agreements.

There are no requirements under Australian law for an inventor to be remunerated. Any such arrangements are left to agreements between the inventor and their employer or other party. Unless agreed to the contrary, an employer is usually entitled to the benefit of any invention made by an employee in the course of their duties. 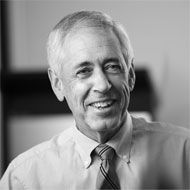 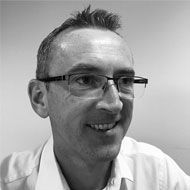