By Jennifer A Marles and Christina SW Kwok

Encouraging investment in technologies that facilitate the delivery of personalised medicine through the patent system is key to ensuring that this field continues to grow and thrive. However, Canada falls short in this area due to the current administrative policies of the Canadian Intellectual Property Office (CIPO). It is therefore important to proceed cautiously in patenting such technologies in Canada. This chapter will guide the reader through the types of diagnostic method that are likely to be considered patentable under the current regime and which may potentially encounter patentability issues in Canada.

Regarding how problems with protecting diagnostic methods arise, methods of medical treatment have long been considered unpatentable in Canada. Although this prohibition originated from a now-repealed section of the Patent Act, Canadian courts have continued to refuse protection for methods that restrict a medical practitioner from determining how a particular therapy should be administered. The specific therapeutics themselves can be patented, including via first and second medical-use claims if the therapeutic is not novel. But methods of their administration that require any degree of skill and the judgement of a medical practitioner to implement (eg, selecting an appropriate dosage from a range or conducting a dosage titration regimen) cannot currently be patented.

Diagnostic methods originally escaped this prohibition on patenting methods of medical treatment precisely because they were diagnostic and not therapeutic in nature. For example, an early decision of the Patent Appeal Board found that a method of locating tumours using radiolabelled antibodies was patentable because the antibodies were diagnostic and not primarily therapeutic in nature. Following this reasoning, diagnostic method patents were previously granted in Canada.

However, in more recent years, this principled approach that limited the exclusion on patentability to therapeutic methods, thereby allowing the protection of diagnostic methods, has given way to a novel approach implemented by the CIPO that excludes protection for diagnostic methods wherein the invention resides in the way that data is analysed to arrive at a particular conclusion. Diagnostic methods that involve the detection of a novel analyte such as a new biomarker, or that relate to a new way of detecting the analyte, are still considered to be patentable under this regime. However, diagnostic methods that rely on new evaluations of known analytes may encounter difficulties in the Canadian patent system.

It is clear in the foregoing analysis that the CIPO has tied the ‘essential elements’ of a patent claim to the ‘inventive concept’ of the claim. Essentially, its position is that if the inventive concept is merely informational, then the invention is not patentable, even if tangible and concrete steps may be used to implement that inventive concept. This is not consistent with Canadian case law, which supports a strong presumption that any element of a claim is essential, and which has found inventions such as the idea to use a known compound for a new use to be patentable.

So what is a patent applicant to do in the circumstances? The best option is to try (where feasible) to characterise the problem to be solved as a data acquisition problem that the CIPO will consider to be patentable subject matter. Examples of data acquisition problems include the discovery of a new analyte or a new method of acquiring data about a particular analyte. As used in the context of establishing patentable subject matter, the term ‘new analyte’ refers not only to an analyte that is novel (in the sense of not having been previously disclosed), but also one that does not form part of the “common general knowledge”.

In Canada, the common general knowledge is a subset of prior art which is generally known and accepted by skilled persons. For example, something described in a single journal article would be part of the prior art (and therefore relevant to determining novelty or inventive step), but it would not form part of the common general knowledge until it had been reflected in multiple articles, a review article or a textbook on the subject, or in some other way become established as generally accepted in the field. Thus, a biomarker identified as being correlated with pancreatic cancer in one single prior art reference would not be considered to form part of the common general knowledge in the process of evaluating whether a claim directed to a diagnostic use of such biomarker constitutes patentable subject matter (although the biomarker would no longer be novel, which could be problematic in establishing that the invention is novel and non-obvious).

The following factors are specifically listed in the CIPO’s practice guidance as examples of indicia suggesting that an innovation is directed to solving a data acquisition problem. The term ‘new’ is not necessarily limited to ‘novel’, but also includes an analyte that does not form part of the common general knowledge, while the term ‘known’ refers to something that forms part of the common general knowledge:

Thus, based on the CIPO’s administrative guidelines, as reinforced by recently granted Canadian patents including diagnostic method claims that were allowed while these guidelines were in effect, the following types of technology are likely to be considered by the CIPO to be patentable subject matter:

Anecdotally, incorporation of detailed data acquisition steps in the claims of an application may sometimes help to secure allowance, although this strategy is not widely successful and is inconsistent with the approach set out in the CIPO’s administrative guidelines.

While diagnostic innovations that meet the guidelines are likely to be protectible in Canada (provided that the requirements for novelty and inventive step can be satisfied by the data acquisition steps of the claim alone), other types of diagnostic invention are difficult to protect under the current administrative regime. In particular, inventions that are likely to be construed as solving a data analysis problem may face intractable hurdles in examination. An example of a data analysis problem could include the discovery of a new diagnostic correlation between a condition and an analyte that forms part of the common general knowledge (referred to here as a ‘known analyte’). Example diagnostic innovations that are not considered patentable under the CIPO’s current practice include inventions relating to new uses of known biomarkers, where no distinguishing novel characteristic (eg, sample type, patient subpopulation or timing of conducting the assay) is available. Because methods for assaying for the biomarker will be part of the common general knowledge, the CIPO will characterise such inventions as solving a data analysis problem.

Indicators set forth in its practice guidance that the CIPO may rely on to indicate that the problem or solution relates to a data analysis problem include:

Strategies for drafting applications that are likely to be found to define patentable subject matter under the current administrative guidelines include:

The uncertainty in the diagnostics space is worrying for companies seeking legal protection in Canada. Unfortunately, there are no cases currently pending before the Canadian courts to challenge the CIPO’s guidelines and it is expected that the status quo is likely to prevail for the foreseeable future. Thus, to the extent that innovations can be characterised to fall within the CIPO’s examination guidelines, it will remain desirable to do so.

Despite the uncertainty, we still recommend filing for important diagnostic inventions in Canada. Canada has a deferred examination system. This means that a patent application can remain patent pending in Canada for many years, even before the application will be taken up for examination. A pending application acts as a deterrent for competitors in Canada. We remain hopeful that the present uncertainty will be resolved at some point, meaning that by the time applications which are filed now are subject to examination, there will be greater clarity in this area. 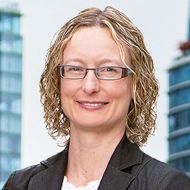 Jennifer Marles has an MSc in biochemistry and helps clients in the biotechnology, chemical and medical device industries build the value of their companies by securing patent protection in Canada, the United States and beyond. Ms Marles also assists clients with technology licensing, handling investor due diligence and evaluating their freedom to practise their technology. At all times, she remains aware of her clients’ commercial goals and budgetary constraints, and she enjoys the rigours of learning about their new technologies. Ms Marles sits on the Patent Practice Committee, the Patent Agent Examination Board and is an adjunct professor at the Peter A Allard School of Law at the University of British Columbia. 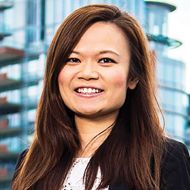 Christina Kwok joined Oyen Wiggs in 2014 as an articled student and has continued with the firm as an associate lawyer since 2015. Before studying law, Ms Kwok obtained a BSc in biotechnology and worked as a research associate at a local biotechnology company. She works with a wide array of clients, ranging in size – from start-ups to more established companies and universities – and industries, including the life sciences, chemical and mechanical technologies. She assists clients with all aspects of identifying, protecting and benefiting from their intellectual property, including patents, trademarks, industrial designs, copyright and domain names.