The Pentagon’s $10 billion Joint Enterprise Defence Infrastructure contract, which was awarded to Microsoft, is almost certainly a taste of things to come in the cloud computing industry. Only about 23% of IT workloads take place on public clouds, but this is expected to hit 43% within the next three years. Overall, the cloud services market is projected to be worth $354.6 billion by 2022, meaning that the battle for market share will only intensify.

While the competition is often portrayed as a duel between Amazon and Microsoft, there is a lot more to it. Analysis of the Cloud’s patent landscape conducted by senior analayst S Rajan Kumar and analyst Subhanesh Perinbaraj at Dolcera PCS reveals a complex and evolving environment.

A general search for technologies relating to cloud computing shows IBM, Microsoft and Huawei to be the top patent owners (see Figure 1). Although Microsoft is a legacy filer, with 7,505 assets Huawei has significantly ramped up activity over the past five years to be filing either on par with the tech giant or just slightly below it (see Figure 2). 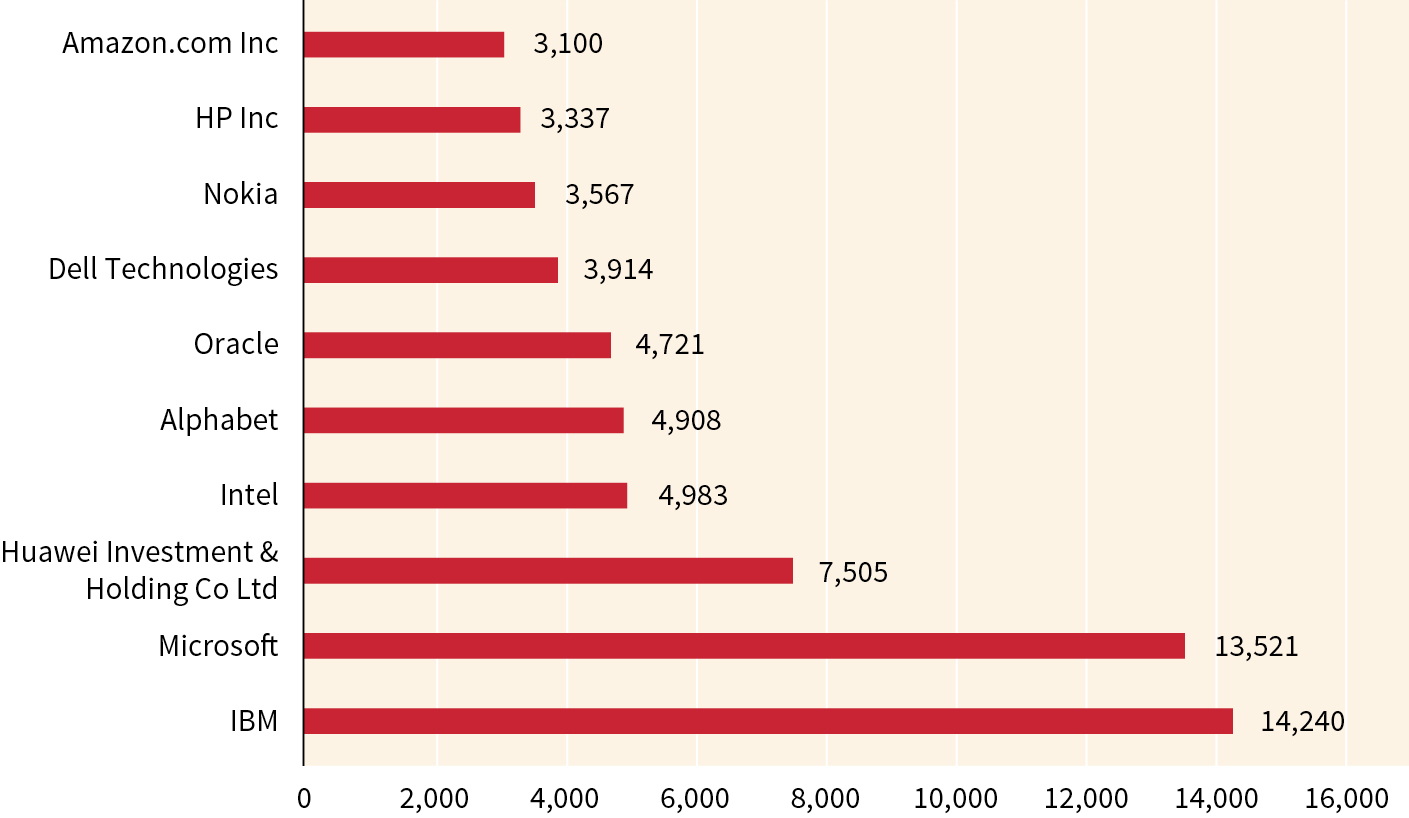 Asian cloud providers should not be overlooked given their unique ability to cater to the Chinese market – data highlights that it is also the most popular jurisdiction for patent protection (see Figure 3). 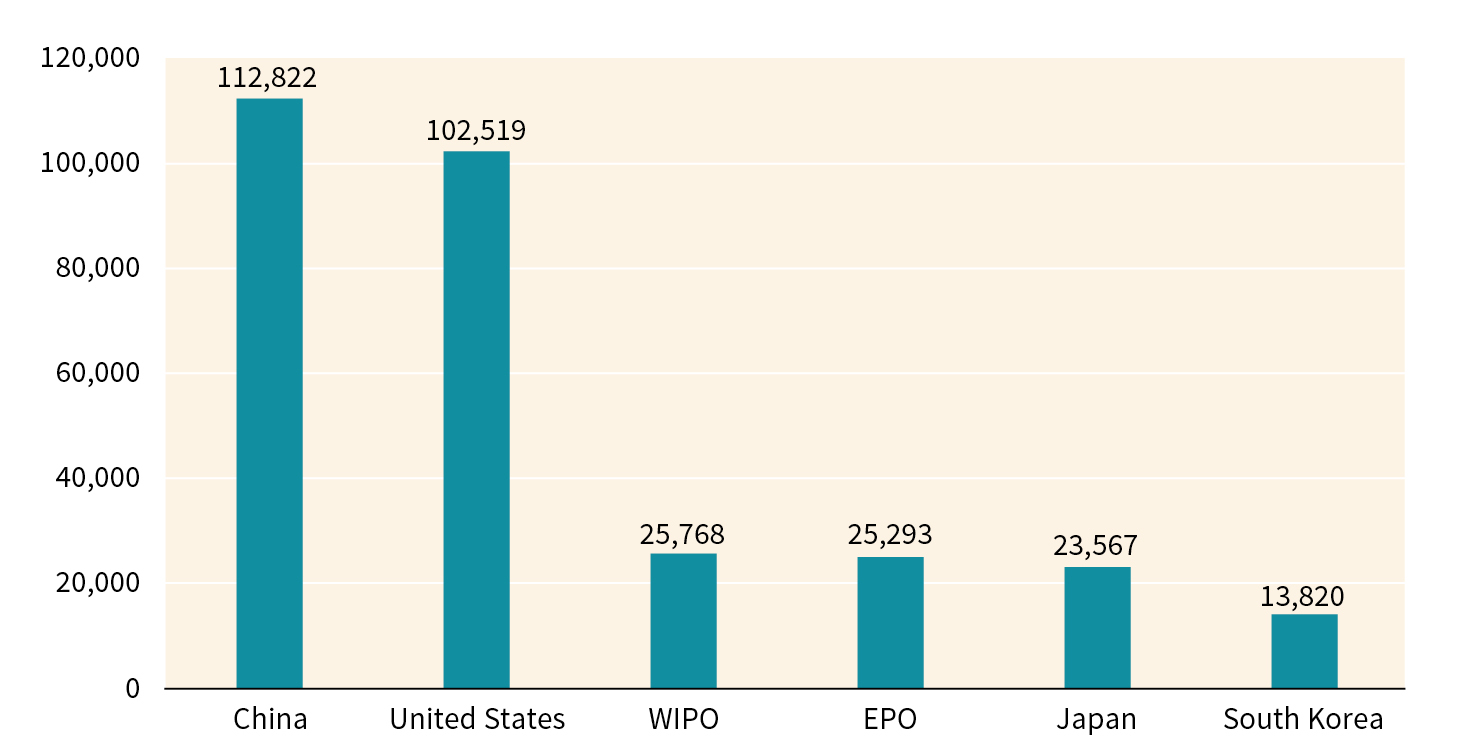 Amazon is the largest cloud provider based on revenue across the Asia-Pacific region, followed by Alibaba and Microsoft, yet China is dominated by local companies, with Alibaba, Tencent and Baidu leading the charge. Huawei’s presence is certainly smaller than Alibaba’s, but the Chinese telecoms giant’s cloud computing portfolio dwarfs that of its competitor (see Figure 4). 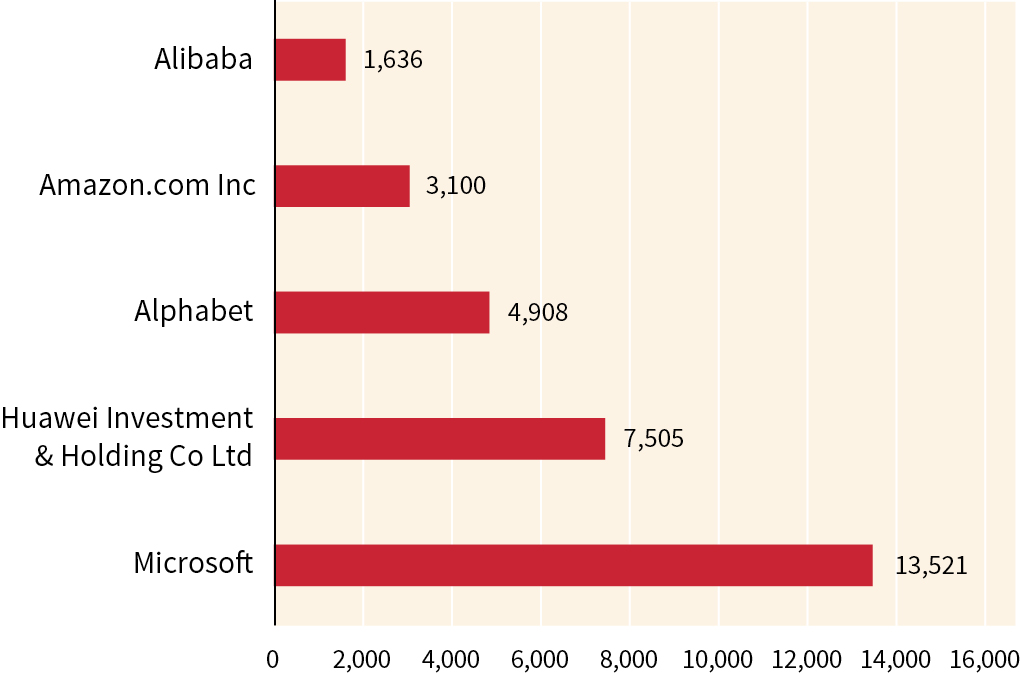 Size is not everything, though, so Dolcera conducted an additional search to isolate high-quality assets (those patents with a ranking of three and over) within the portfolio (see Figure 5). The results found that Huawei’s portfolio is proportionally more valuable than Alibaba’s, with 34.6% of its assets falling within the high-value bracket compared to Alibaba’s 23%.

Microsoft has accumulated the most high-quality patents, which account for nearly 60% of its portfolio. Yet despite having a significantly smaller collection, Amazon’s strongest assets represent 69.1% of its portfolio. 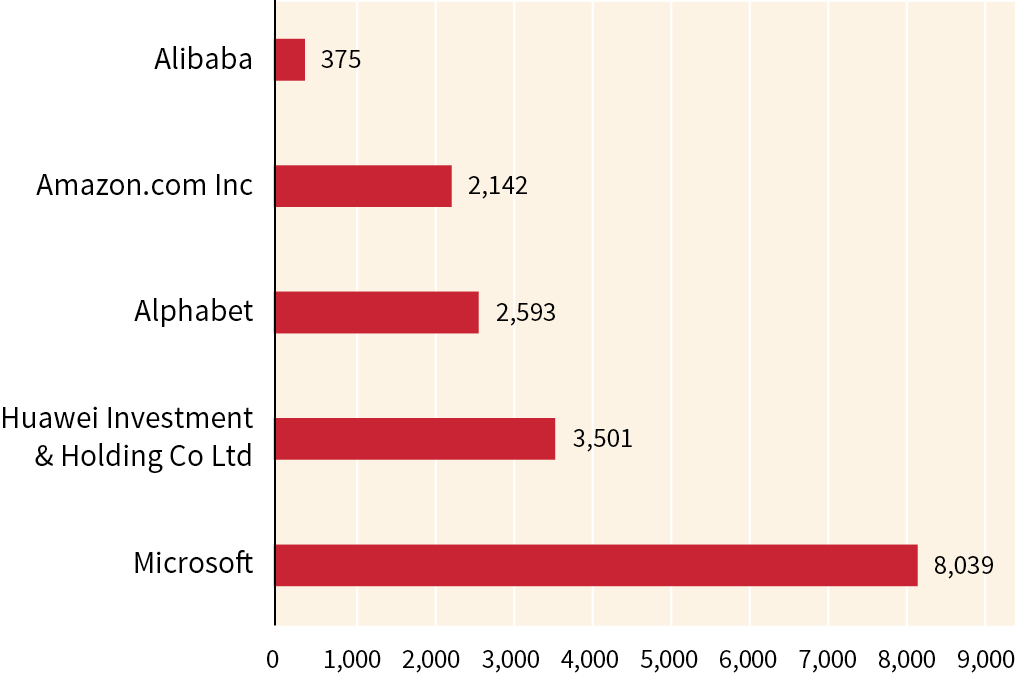 Another data point to note is the sheer size of IBM’s portfolio. While Big Blue has considerable holdings, it often only ranks as the fifth-biggest cloud provider, according to industry analysts. Of course, patents do not equate to market share, but IBM also listed $21 billion in cloud sales in 2019, more than twice as much as Google’s $9 billion cloud revenue.

That said, IBM defines the Cloud much more broadly than others. Most analysts focus on “pure public cloud”. This is the core focus for Microsoft and Amazon, which together account for over 50% of the global market.

However, IBM’s public cloud segment is small; therefore, it includes in its revenue calculation other areas in which it excels, such as software, hosting services and consulting.

Things are just getting started in cloud computing. Amazon may have an early market lead, but Microsoft and IBM have invested heavily in building robust patent portfolios; and the former, at least, is catching up in terms of sales.

Figure 6. Strength ranking – how IBM stacks up against the competition

Thus far, industry analysts have focused on core public cloud, but billions of dollars are being invested in other aspects of cloud computing offerings, and the diversity in the top corporate patent owners list is indicative of this. As the market begins to mature, more weight may be given to these other areas, which would level out the playing field in favour of those with more expansive holdings.

Overall, there is still plenty of opportunity for players to gain cloud market share. Given the intense level of competition, we may see more acquisitions to boost presence, as well as a potential increase in litigation.