Innovation is the lifeblood of the global economy, and it is in its golden age. In the last decade alone, we have witnessed the introduction of landmark inventions, from driverless cars to bionic limb reconstructions. Advancements like these are inspiring new generations of innovators, agents of change, and curious minds to dream of a better future. That’s why it may come as a surprise that, year-over-year, innovation growth might have hit its slowest pace since the global economic recession.

But when researchers evaluated data from January through December 2014, they found that, even as patenting activity has reached an all-time high, year-over-year growth in new inventions has slowed considerably, and scientific literature production has declined in almost every industry.

Make no mistake, companies are still patenting at a breakneck pace. With over 2.1 million unique inventions published over the last year, worldwide patent volume reached a record high.

The industries showing the largest growth in patent volume were food, beverages and tobacco (21%); pharmaceuticals (12%); cosmetics and well-being (8%); and biotechnology (7%), suggesting that the world’s next major breakthrough could come in any form from new cancer therapy to the continued advancement of home brewing.

Even in the midst of a patent filing free-for-all, innovation remains an elusive concept. Patents are easy to count, but it is nearly impossible to measure the full impact of a firm’s innovation lifecycle, and the culture that helps it take shape. Consider this year’s findings. Arguably, the world is as innovative as ever, but our researchers have witnessed a slowdown in worldwide patent volume.

Worldwide patent volume increased just 3% during 2014, the slowest rate of patent volume growth since the end of the global recession in 2009.

The total volume of new scientific research decreased 23% over the same period, with the largest declines focused in the semiconductor industry. Does that mean that the world is on the precipice of an innovation free fall? Not necessarily. The pace at which companies have been innovating for the last five years simply isn’t sustainable, and as firms around the globe begin to realise that, they’re embracing new, more cost effective ways to arrive at their ideas for the future.

Across virtually every industry studied, the trend toward open innovation, whereby companies partner with academic institutions, individual researchers and other companies (in some cases, even competitors), has been on visible display. The ability to cull ideas from inside and outside one’s company has granted some firms a refreshing new way of thinking, as they have opened up their patents to a set of fresh eyes in order to gain new insights.

Driven largely by the rise of the Internet of Things, the traditional boundaries between industries and companies’ areas of specialisation have continued to blur. Dozens of firms featured in the study, such as Apple, DuPont, General Electric, IBM and Samsung, appear among the top patent assignees in multiple industries outside of their core areas of focus.

Samsung is the most extreme example, ranking among the top 25 patent assignees in nine of the 12 industries analysed. Not coming as much of a surprise, the company takes the top spot in information technology, telecoms and semiconductors. But it also ranks tenth in aerospace and defence, home appliances and medical devices; twelfth in automotive; fourteenth in biotech; and seventeenth in pharmaceuticals. A deeper dive into some of these categories reveals the potential future for Samsung. Of the company’s 100-plus basic biotech patents, inventions include cancer treatments, gene-sequencing, biosensors and biochips for disease testing and diagnosis. Even green chemistry – such as biosynthesis of petrochemicals and biofuels – makes the cut under Samsung’s biotech holdings. Whether it’s curing cancer or curbing the effects of global warming, these patents underscore the bet Samsung is making on diversity, and it’s a strategy that could insulate the company from their primary intellectual property running dry.

It’s rare that the golden age is the present age, but that is the reality multinationals around the world currently find themselves in. And as a deluge of ideas litter the portfolios of the world’s top innovators, the sobering truth is that times may not always be this good. Using new techniques to cultivate fresh ideas, firms are finding a way to brace for the time if the well does indeed dry up. It remains to be seen if this patenting lull is a sign innovation has reached its tipping point, but it’s clear that preparations are being made just in case. 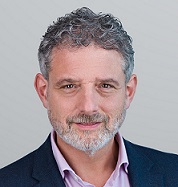