NTT looks for global growth in innovation and patents

NTT has recently raised salaries for its Palo Alto-based researchers to as much as $1 million per annum. That is more than its CEO, Jun Sawada, receives. It is a highly unusual move for a traditional Japanese company, but NTT is hoping this will give it an extra edge against tech powerhouses like Alphabet and Apple.

Analysis shows that NTT’s steady approach to R&D has resulted in a broad patent portfolio that puts it in a strong position to develop cutting-edge innovations. The challenge is moving out of Japan to go global – it is one that the newly appointed CEO is keenly aware of.

NTT has had an extremely consistent R&D budget. Growth in active patent families follows a similar trendline, with minimal changes over the past decade (see graphs below). Apple may be spending significantly more on its R&D efforts, but it has a slightly smaller patent holding than NTT. The iPhone giant owns 6,095 families compared to NTT’s 6,968. 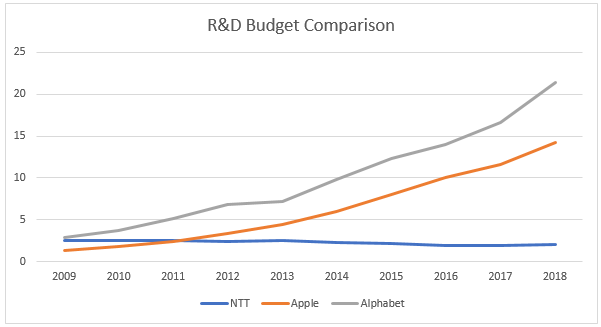 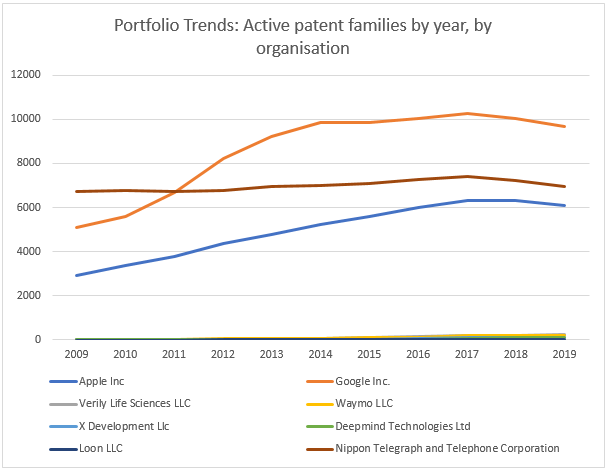 A new and improved R&D strategy

There are several facets to NTT’s new strategy. To start, it is regrouping the business in the wake of falling profits for its mobile carrier operation to focus more on cloud computing services and data centres. As for R&D, it is playing the long game. The goal is to develop technologies that will be on the cutting-edge of innovation over the next five to 20 years. For this reason, the company is specifically hiring researchers within cryptography, quantum computing and medical informatics. Notably, technologies connected to AI and Internet of Things (IoT) will be critical components to improving and growing these areas.

Trying to keep up with the likes of Alphabet and Apple may seem ambitious, but when it comes to patents, at least, NTT is not too far behind in many areas (see graph below). 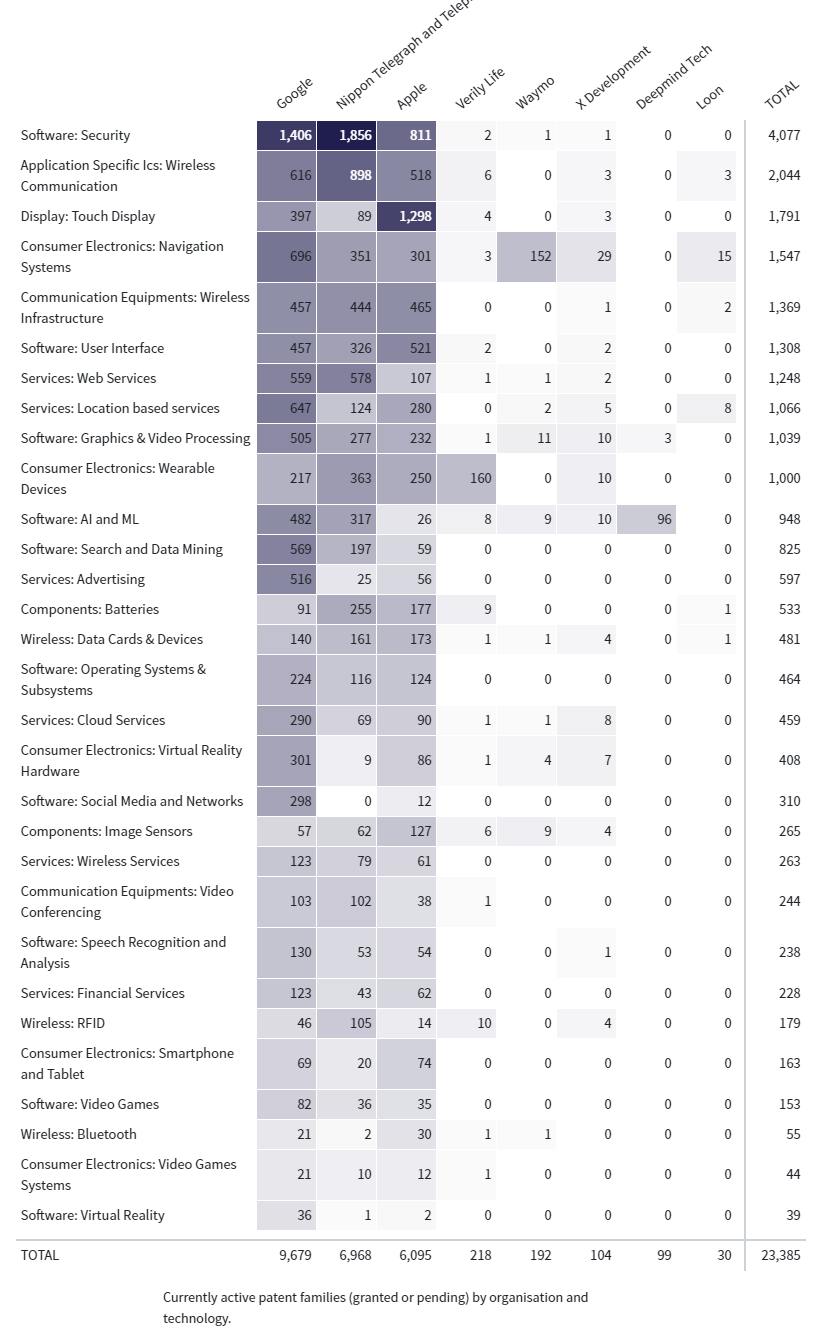 Apple and Alphabet have a lead on NTT in CPC codes G06F (electrical digital data processing), G06Q (data processing systems or methods) and H04N (pictorial communication), according to Anaqua’s AcclaimIP Analytics Software. The Japanese IT company not surprisingly holds its own in its core areas related to CPC codes H04W (wireless communication networks), H01L (semiconductor devices) and G02B (optical elements).

When it comes to the specific areas flagged by NTT - cryptography, quantum computing and medical informatics - it is not just Alphabet and Apple that the company has to worry about.

None of the three ranks as one of the top 20 companies when it comes to cryptography. However, NTT is on the same playing field as the tech giants with 67 active patent families (see graph below). Apple has 76 patent families, and Alphabet has 69.

Source: Anaqua’s AcclaimIP Analytics Software; Note: Analysis limited to past decade. No results shown in 2018 and 2019 are due to the 18-month lag between when a patent is filed and when it is published; see full size image here

Quantum computing is a relatively new field. Alphabet and NTT have both established a presence in the space, but up to now the Japanese company has been far less active. Alphabet is a market leader, with only IBM and D-Wave Systems possessing more patent families (see graph below).

Medical informatics is a high-growth area which has captured the interest of far more than the tech giants. NTT entered the domain in 2012 but has yet to establish itself as a major player. Philips and IBM currently lead the competition (see graph below).

Geographical expansion is the next hurdle

The critical difference between NTT, Apple and Alphabet is geographic coverage (see graph below). The tech giants favour the US when seeking patent protection, while NTT has focused on its home jurisdiction. Sawada has committed to growing out the company’s international operations. To achieve this NTT will be opening more overseas research centres and its 2019 annual report says that it will roll out the results of its R&D on a global scale. 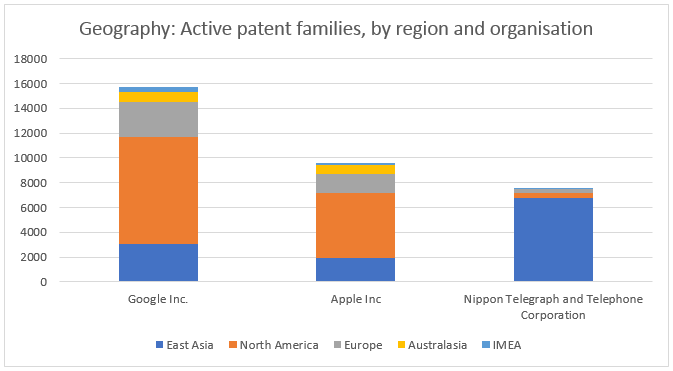 Drilling down into the US filings of Google, Apple and NTT shows that the Japanese company’s portfolio is highly concentrated (see image below). One of NTT’s greatest challenge will be strengthening and diversifying its holdings in the US so that they reach the same level as the rest of its portfolio. 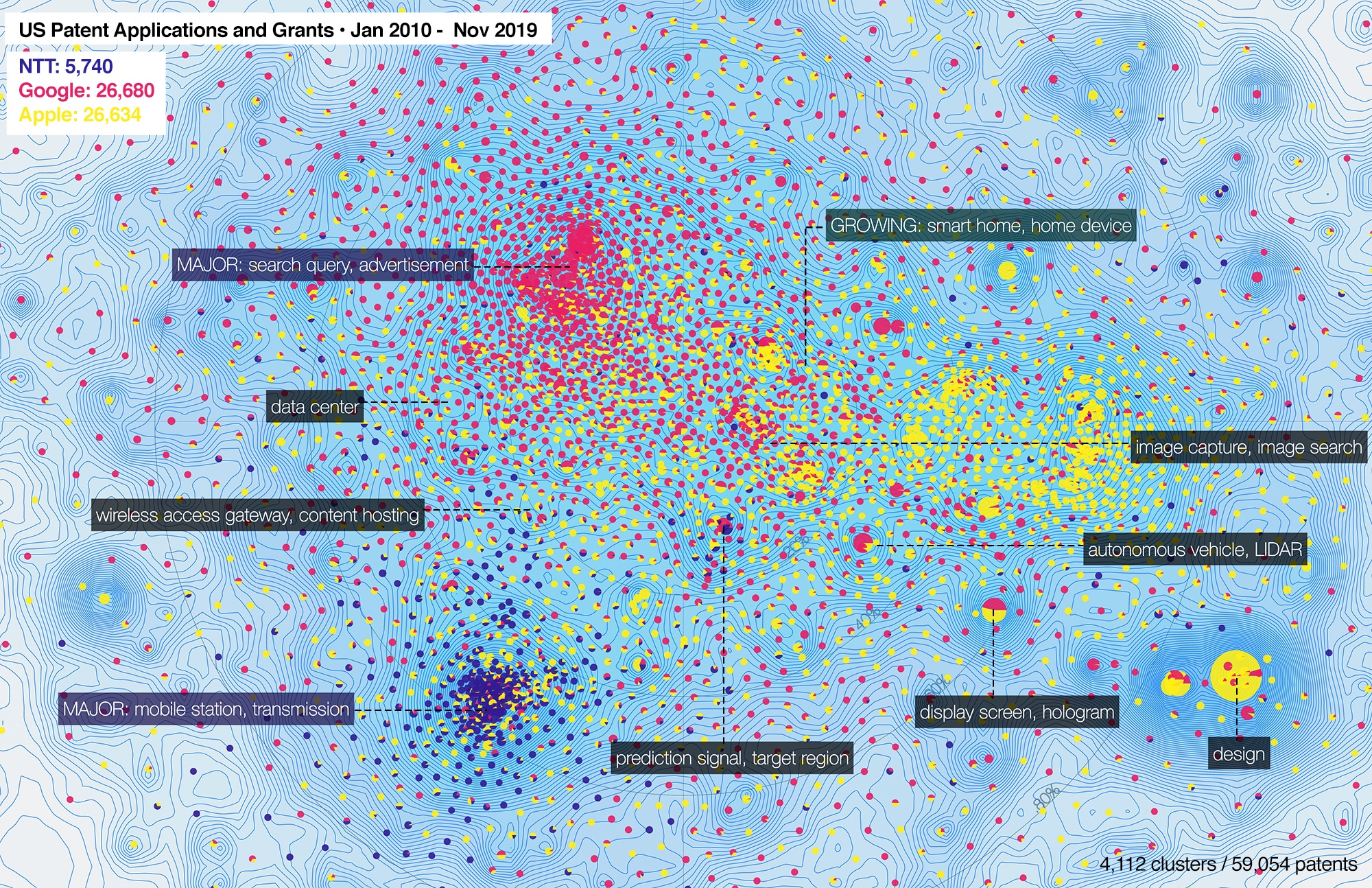 NTT hopes to achieve big things in the coming years. Jun Sawada was appointed CEO in June 2018 and has been quick to implement a new approach that looks very different to a traditional Japanese one.

The company’s Silicon Valley research lab was announced in November of 2018 and opened in July of this year. NTT’s 2019 annual report makes it clear that global growth is a priority for the company. It will be opening more overseas research centres and undertaking joint research with “universities and research institutes worldwide, as well as with the laboratories of other companies”. An article from Nikkei Asian Review dated 14th November shows it has already found success in establishing partnerships, having teamed up with NASA and Stanford University to develop a quantum computing system.

On the patent front, NTT is not far behind Apple and Alphabet in many core technology areas, but the big challenge going forward will be building and diversifying its US portfolio – and ensuring it is of sufficient quality to help deliver the innovation lift the company is looking for. 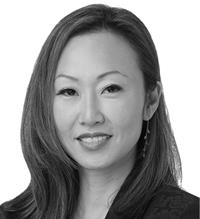