Not only has Samsung got the world’s biggest patent portfolio, it may also have the best, new IAM research finds

Korean multinational Samsung has seen its patent holdings surge over the last 10 years, according to research commissioned exclusively for IAM from a team of leading IP analytics and intelligence companies.

Published exclusively for IAM subscribers yesterday, our full analysis of the Korean company’s patent holdings also reveals that its collection of almost 250,000 active patents worldwide is of an exceptional calibre, and its average patent quality continues to improve – a rare and impressive feat for a growing portfolio.

In addition, the research examines the geographic and technological coverage of Samsung’s patents. Relecura, one of the companies that took part in the research project, points out that while Korea and the US account for just under two-thirds of its published patent applications, there has been a clear shift in focus to the US since 2009.

For its part, PatentSight highlights the fact that growth in Samsung’s G06F 3 patent holdings – covering a range of UI methods including flexible touch screens, wearables, gesture control, VR and smart homes – has rocketed by 181% since 2012. The firm also observes that Samsung’s portfolio growth has been almost entirely organic, with over 95% of assets having originally been submitted as applications by the Korean company itself.

In addition to data and insight from Relecura and PatentSight, further information was provided by leading IP data and intelligence services TechInsights and ktMINE.

In our full analysis, we also look at Samsung’s brand value over the last few years and provide a full rundown of key patent-related news involving the Korean mobile giant since 2013. 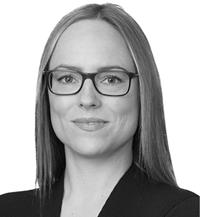