Navigating the therapeutics market in Australia: the role of intellectual property

Australia is a sophisticated market for therapeutics and a favourable country in which to patent. Despite many changes in law and practice in recent years, patenting is relatively low in cost and quick to grant.

For many years, patent ineligible subject matter (Section 18) has included laws of nature, abstract ideas and mathematical algorithms. Cases including Myriad, Research Affiliates and RPL Central have added isolated naturally occurring nucleic acid molecules, cDNA, RNA and the implementation of methods by a computer or the Internet to this list. The position of Australian courts regarding implementation by computer or online is possibly the most hard-line approach in the patent world and has potentially significant implications for the application of machine learning and artificial intelligence to personalised medicine and diagnostics. For now, claims for diagnostic methods for the practical application of a natural phenomenon remain patent eligible. In a case closely resembling the US dispute between Sequenom Inc and Ariosa Diagnostics Inc on diagnostics subject matter, the validity of the Australian equivalent of the Sequenom patent was upheld by a single judge of the Federal Court. The decision has been appealed.

The shift in requirements for support (Section 40(3)) and enablement (Section 40(2A)) since 2013 has not yet manifested in decisions of a similarly high threshold as seen in Europe. Nevertheless, in a decision by the Australian Patent Office concerning a patent owned by Evolva SA, a two-step test familiar to Europeans has become standard practice for both requirements, considering:

Importantly, ‘plausibility’ is determined by the person skilled in the art based on their technical knowledge. The challenge in therapeutics is the need to file a patent application quickly to secure rights balanced against the requirement for data that supports the broadest rights obtainable. Experience has shown that while a patent specification need not disclose exhaustive amounts of data to enable every variant or derivative of the drug, if the applicant can address the two-part test, either through argument or inventor declarations, they may successfully obtain broader rights than those strictly exemplified in the technical results.

In a decision involving a Pfizer patent derived from a clinical trial, it was determined that patent prior art in Australia includes ethics approval documents and patient information consent forms, but these documents are not necessarily novelty-destroying if the claims contain another level of detail than the public disclosures. Inventive step can often also be successfully addressed, since the Australian person skilled in the art is not omniscient.

Early consideration of a PTE strategy is critical, for example, during examination of a patent, and then again before requesting any extension. Important points include the following:

Since PTE must be based on the first regulatory approval of a pharmaceutical substance and only one PTE may be granted per patent, if a patent covers more than one potential clinical candidate, a divisional patent strategy should be considered to ensure that PTE is available for second or further clinical candidates.

On receipt of a request for PTE, the Australian Patent Office will consider whether the claims are prima facie valid. If the claims are clearly invalid, the request will not be progressed; instead formal re-examination will be commenced. For example, patents may include claims directed to isolated nucleic acids that are substantially identical to naturally occurring nucleic acids. Since Myriad, because this is no longer patentable subject matter, it must be deleted before the PTE request can proceed. Experience also shows that the Australian Patent Office may consider the scope of corresponding patents in other territories and commence re-examination if they find those patents relevantly narrower. During re-examination the PTE request is not invalidated, only placed on hold.

It is also imperative that claims are reviewed to avoid unintended claim construction. For example, in a recent case, the structure of a dependent claim required independent claim 1 to be interpreted as defining a kit of parts, rendering that patent ineligible for PTE. Deletion of the dependent claim before requesting PTE may have avoided this outcome.

Post-acceptance amendments must be sought with sufficient time to ensure that they are allowed before the deadline for requesting PTE. The amendment procedure may take six months in the absence of opposition, and longer if opposed.

The above discussion is equally relevant to generic and biosimilar companies, because applied conversely it provides points relevant to the challenge of a PTE request.

An important characteristic of the Australian market for therapeutics is the Pharmaceutical Benefits Scheme (PBS). This programme enables therapeutics to be provided to Australians at heavily subsidised prices negotiated by the Australian federal government. Implications of the scheme for patentees are as follows:

Subsequent to a series of changes to patent law and practice over the past 15 years, Australian patents have become considerably more robust, but remain an extremely cost-effective tool in an environment that is an excellent clinical test bed for new therapeutics. However, the market retains some unique characteristics, particularly in the post-grant environment, and therefore warrants employment of local expertise. 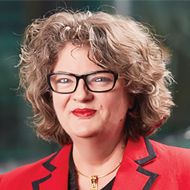 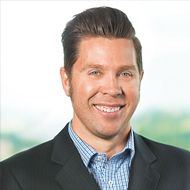 Malcolm Lyons trained in chemistry and biochemistry, and now specialises in biotechnology. He has postdoctoral and industry experience in medical research into various aspects of human health and disease. He has been awarded a number of prestigious fellowships and published his research regularly. As an Australian and New Zealand patent attorney, Dr Lyons has worked closely with universities, teaching hospitals, research institutes, start-up companies and large corporations, both local and international. He is a trusted adviser to his clients, providing practical, strategic advice. He has particular expertise in patent term extensions for pharmaceutical patents, and discretionary extensions of time. 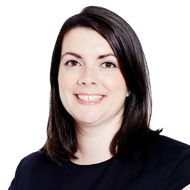 Renee White graduated from Monash University and was a postdoctoral researcher at the Burnet Institute, with experience in HIV and complement proteases. She was awarded a prestigious Peter Doherty Biomedical Research Fellowship. After completing commercialisation training in the molecules to medicine programme, Dr White developed a passion for bridging the gap between researchers and industry with an aim to drive global translational research outcomes. This continues to be one of her drivers as a patent attorney, to assist a wide range of clients, from large corporations to universities and small spinout companies, to capitalise on their cutting-edge technology.

Dr White is a registered Australian and New Zealand patent attorney and works in the fields of biochemistry, molecular and cellular biology, stem cells, biomarkers and immunology, including antibody technologies and diagnostics.