It has been a tumultuous few years for Toshiba. A multi-billion-dollar accounting scandal and massive losses at its US-based nuclear power unit have left the Japanese conglomerate in a precarious position financially. Hoping to offset some of the impact of these issues, it is now considering asset sales and is widely reported to be seeking buyers for part of its semiconductor business.

Some of the names that have already been linked with the unit – the world’s second-largest producer of NAND flash memory after Samsung Electronics – include US chipmakers Micron and Western Digital, as well as Korea’s SK Hynix. Taiwanese electronics giant Foxconn has reportedly explored the possibility of mounting a joint bid either with Hynix or its compatriot TSMC. But as may be expected after Foxconn’s protracted takeover of Sharp last year, Japanese authorities might stand in the way if they believe strategically important technology could be acquired by a company with extensive links to China.

However, USPTO records seem to suggest that none other than Microsoft has pipped those prospective buyers to the post, at least with regards to some of Toshiba’s semiconductor-relevant patents. An assignment executed on 20th October last year – but not recorded until this January – saw Toshiba transfer a portfolio including 96 US assets to Microsoft Technology Licensing LLC, the US company’s IP management and monetisation arm. A glance through the rights concerned suggests that they relate to the design, manufacture and packaging of semiconductor devices.

It is worth noting that Microsoft itself does not compete directly in the chipmaking market. This makes it unlikely that the US company purchased the patents purely to secure its own freedom of action. Rather, the acquisition may be intended to provide defensive coverage for strategic partners, or for customers of Microsoft’s cloud computing services through its Azure IP Advantage programme.

Also, Microsoft perhaps sees these patents as enhancing its offering to prospective licensees, particularly among more recent entrants to the consumer electronics market from Asia. As I have written here previously, the US company has been adept at crafting tailor-made, ‘patents-plus’ deals that have combined asset transfers, software bundling and licences, enabling it to monetise its IP portfolio at the same time as ensuring wider distribution of its own products.

There is also the possibility that Microsoft has existing partners in mind. Xiaomi, for example – with which it signed one of the aforementioned multi-layered patent and software deals last year – launched its first chipset in February. The Chinese company’s previous patent purchases, from Broadcom and Intel, seemed to be devised at least in part to fortify its chip-related IP position prior to this launch. While it is just my speculation at this stage, it could be the case that the Toshiba patents have been bought in anticipation of expanding an existing deal, or signing a similar one with a new partner.

After all, it would not be the first time that Microsoft has acted as something of an intermediary when it comes to patent transactions. In April 2011, it purchased around 900 patents from AOL for $1.065 billion. Just a couple of weeks later, it sold about 650 of them – plus a licence to AOL’s remaining portfolio – to Facebook for $550 million. Perhaps Microsoft is comtemplating doing something similar again. 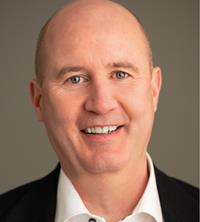