Nick Psyhogeos – who, as head of Microsoft’s IP licensing operation, played a central role in its headline patent deal with Xiaomi in the first half of 2016 – left the company towards the end of last year to launch a consulting practice focused on business negotiations and dealmaking, IAM has learned. We understand that following Psyhogeos's departure, Microsoft's chief patent counsel and associate general counsel for patent strategy Micky Minhas has moved into a new role that includes leading the company's licensing business.

Psyhogeos told IAM that his new firm, named Global Negotiations LLC, is an IP and commercial negotiations consulting practice, and that he will be publishing a related book next month. Psyhogeos has plenty of dealmaking experience under his belt – and his track record of successful negotiations and partnerships in Asia, and in China in particular, is likely to translate into high demand for his advisory services.

A Microsoft veteran who joined the company back in 1998, Psyhogeos’s most recent position prior to taking over the IP monetisation reins was vice president of OEM licensing, where he held overall responsibility for Microsoft’s licensing and pricing arrangements with its original equipment manufacturer partners worldwide. In November 2013, Psyhogeos was appointed general manager and associate general counsel of IP licensing by then-head of IP Horacio Gutierrez (now general counsel at Spotify) as part of a reshuffle in the wake of chief patent counsel Bart Eppenauer’s move into private practice (which also saw Minhas take over the chief patent counsel role). The following year, Microsoft span patent monetisation activities out into a separate entity, Microsoft Technology Licensing LLC, with Psyhogeos as its president.

In this role, Psyhogeos led Microsoft’s continued efforts to license Android device manufacturers and had a hand in some of its most significant patent-driven deals in recent years. Among these were a string of licence agreements signed with some of Asia’s top tech companies, including Canon, Fuji Xerox, Acer, Asus, Wistron, Rakuten and Funai. Psyhogeos was also involved in the negotiation of Microsoft’s wide-ranging deals with Xiaomi and Lenovo last year. The agreement with the former, which saw Xiaomi acquire close to 1,500 Microsoft patents and commit to shipping the US company’s Office and Skype applications with its mobile devices, won the ‘Asia Deal of the Year’ award at last month’s IPBC Asia in Shanghai.

The multi-layered Xiaomi and Lenovo transactions are indicative of the increasingly collaborative, partnership-based IP value creation strategy that Microsoft has been adopting under current IP boss Erich Andersen, who took over from Gutierrez in July 2014. They come at a time when Microsoft’s patent licensing revenues have been falling in recent quarters, presumably due to the declining market share of its existing Android licensees and the growth of numerous Chinese and Indian device manufacturers that are yet to finalise agreements.

A Microsoft spokesperson told IAM: "Microsoft has broadened its licensing approach over the past couple of years to pursue opportunities to drive for business value and license new industry segments where Microsoft has a heritage of innovation. Nick was an important part of this work, and we wish him well in his new venture. Micky Minhas has deep experience in our industry and has played an important role with our partners; we’re confident in his ability to lead this work." 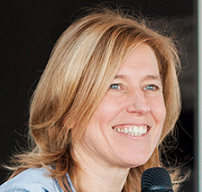