Medtronic case study – its own devices

With 16,137 granted patents, Medtronic ranks highest of any healthcare-focused company among US patent owners. The 30th largest US rights holder, it has a significantly larger portfolio than life sciences rival Johnson & Johnson, which occupies 52nd place in the league table with 11,587 patents.

However, the company’s patent strategy may have undergone a subtle shift in recent years, with the annual number of granted rights falling off gently. Medtronic was granted 3,084 patents in 2016, 2,815 in 2019 and just 2,320 last year.

Medtronic is a major player across multiple med-tech sectors – and its IP holdings reflect this. The four most common CPCs in its patent portfolio are A61B – diagnosis, surgery and identification, A61M – device introducing media into the body, A61N – electrotherapy, magnetotherapy and radiation therapy, and A61F – filters implantable into the blood vessels. The company also owns a large number of other innovations, ranging from sterilisation equipment to digital processing physical therapy apparatus.

According to previous IAM analysis, much of Medtronic’s organic portfolio growth in recent years has come from patents relating to stents, grafts and implantation methods, as well as prosthetic heart valves, prosthesis and cathetors, with cardiac monitoring and remote monitoring technologies also playing a part.

However, the company’s recent deal making sheds light on other priorities. Medtronic is looking to consolidate its leadership in the minimally invasive surgery and robotic surgery spaces – two boom areas for the med-tech sector. In 2018 it bought Mazor Robotics for $1.6 billion, with the deal then followed up with the acquisition of surgical AI innovator Digital Surgery in February 2020. One of Medtronic’s strategic priorities for the coming years will be the successful launch of soft tissue surgery robot Hugo, which is hoped to rival Intuitive Surgical’s da Vinci SP.

The med-tech sector took a battering from the covid-19 pandemic last year. It will be interesting to see how this affects industry players’ patent strategies and portfolios in the coming years. Recent quarterly results for Medtronic suggest that sales in some areas are beginning to pick up, so perhaps its IP situation may not be as seriously affected as might otherwise have been the case. 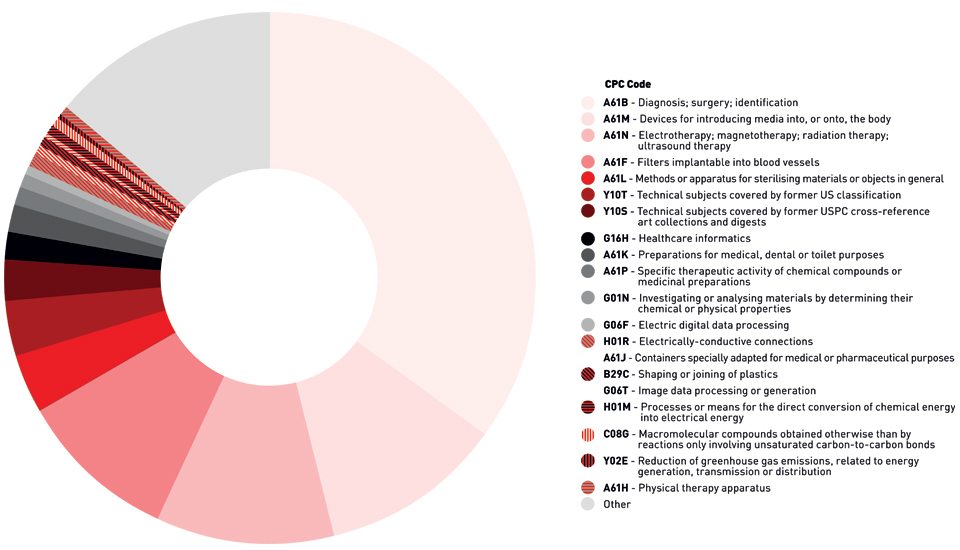