Mounting an effective licensing programme comes down to planning – ensuring patent validity, verifying that there is value in what you are asserting, finding credible evidence of use, and much more.

In assertion, the onus is on the patent owner to find products that are infringing. A successful licensing programme ultimately hinges on the ability to find high-quality evidence of use against economically important features of infringing products. Evidence must show a solid chain of custody and be based on a rigorous systematic approach.

There are finite options available in the public domain for finding reliable technical evidence; and in most cases, a successful licensing programme will need to be supported by reverse engineering to complete assertions of infringement. This chapter provides guidelines that will help with assertion preparedness.

Getting a patent granted simply means that it has met the minimum standards for quality as assessed by the patent office. To ensure that a patent is granted you must prove utility, novelty and a non-obvious invention; and provide a specification that teaches how the innovation is accomplished. But even if a patent is granted, it is unknown whether it will stand up in negotiations. Proactively investigating the validity of your patents means digging deeper than the patent office to find prior art, starting with the claim itself.

To prove that a claim is practised or anticipated, all elements must be mapped in product evidence or literature. In an assertion campaign the most important elements of a claim are those that define the inventive step. These elements are key and are always quite specific. Searching for relevant literature available in the public domain may provide indication of use, including data sheets, service manuals, articles, conference proceedings and marketing presentations. This type of reference material, however, often documents everything except the key elements. While the key elements might be inferred, an experienced defence lawyer will pursue this lack of evidence of use to weaken the assertion.

To create a stronger claim chart that provides evidence of use, finding evidence of the key elements is essential; however, it is increasingly difficult to do so in the public domain. But there are occasional exceptions, for example, some companies deliberately disclose technical details as part of their business strategy to promote the adoption of their products. Patent assertions have motivated many companies to tighten up disclosure and restrict what information is posted in the public domain. Digging deeper may be necessary and finding evidence will usually mean investing in technical analysis based on reverse engineering.

Ultimately, the key success factor for investigating the validity of a patent hinges on searching for evidence of products available publicly before the patent priority dates that map to the key elements of the claim. If found, this would be prior art and pursuing infringement of that patent in a licensing programme may be inadvisable. A combination of technical analysis and access to a credible source of older evidence – prior use – may be what is required to confidently validate the patent.

Proving infringement starts with an interpretation of the claim to make sure that all the elements are well understood. However, during negotiation, the words used can often be interpreted in multiple ways. The evidence gathered might be relevant, but it may not align closely enough with a particular interpretation to prove infringement. Interpreting a claim is never cut and dried – it is a practised skill and can be highly subjective.

This does not necessarily mean that highly detailed, very specific claim charts are always the best strategy. During negotiation, a company may concede that the claim charts are very specific, but show this is not how their product or innovation works. A presentation that is too specific provides few options and little manoeuvrability to cover other implementations that are relatively close.

For this reason, some patent experts deliberately write their first claim charts with broad evidence. While this strategy risks lengthening the negotiation phase, the resulting charts may be more likely to provide flexibility to adapt during negotiation. This often leads to a dependent claim to narrow the focus on a specific inventive step or innovation.

Interpretation can mean the difference between a favourable ruling or being in a situation where you must adapt quickly. In the United States, when an infringement case goes to court, a pre-trial process includes a Markman hearing where the patent is reviewed by a judge. Also known as a ‘claim construction hearing’, the judge’s interpretation of the scope and meaning of the disputed patent claims is a key success factor in patent litigation. A judge will consider whether the language that is used in a claim is taught in the patent specification. If it is not, the meaning is determined by those skilled in the patent art at the priority date of the patent.

In some cases, there can be many possible interpretations of a single claim. If the claim is interpreted differently or in a very narrow way by the judge, a party may get an unfavourable Markman ruling.

In the event of an unfavourable ruling, the options are to abandon the use of the patent in this negotiation or to get more evidence to cover the interpretation of the Markman ruling. Evidence can include, but is not be restricted to, live testimony from an expert witness, additional documentation, reverse engineering that directly concern the elements of the claims as interpreted.

The best strategy is to ensure that the right claims receive focus to increase the chances of getting a favourable interpretation and that possible negotiation outcomes are prepared for.

Unlike the government patent office, which over the prosecution period will spend days reviewing the merits of a patent application, a company that has been served a notice of infringement and faces the prospect of a significant payout, will invest considerable resources to challenge an assertion. This usually involves a tenacious legal team tasked to find prior art to invalidate the claims or to show non-infringement. Those teams may work for weeks focusing exclusively on weakening and excluding the asserted patents.

Only 1% to 2% of an asserting company’s patents get through the negotiation process and are actually licensed. Many are invalidated through prior art or prior use. That means 50 to 100 patents will need to be acquired or created for every patent that can be used against targets. Combined with the significant costs necessary to prepare a licensing campaign, and typical licensing rates, an asserted product will need to have an annual revenue rate of $100 million or more to warrant an assertion.

It is important to focus on high-volume, high-value features, as well as the ability to find evidence of use of these features. That means that from the outset of planning a licence programme it is vital to ensure that the inventive feature under claim of infringement has high value – such as an integrated circuit which is hard to design around, or one that greatly influences a customer’s buying decision. Put another way, how much less would a customer pay for a product if the feature enabled by the patent was removed? A court is unlikely to award a large settlement to a patentee because an alleged infringer used an unimportant feature that will have no impact on the market price or usability of the product. The bottom line is that it costs a lot of money to create patents and to prove infringement and the outcomes can be significant. Make sure that there will be a pay off by focusing on important features that are being sold in high volume.

Matching key elements to the evidence is the lynch pin of a successful licensing programme that is focused on enforcement. This involves investigating potentially infringing products to whatever depth of technical analysis is required to validate use of the claim. How this evidence is discovered and licensed is critical and may prove the key to success for licensing programmes. Evidence – and the process by which it is prepared – must be defendable in court should the claim charts be challenged.

If the chain of custody is not thorough, it can result in evidence being inadmissible and discredited. The quality of teardown procedural documentation, use of properly licensed tools and equipment to perform analysis, how the product was purchased and from what source must be carefully maintained. For example, evidence can be deemed unusable simply because an unlicensed tool was used as part of the reverse engineering process.

A company that is served notice may turn the tables and counter-assert by claiming “you infringe on our patents”. An exposure analysis will help estimate that scenario by assessing the relative strength of the target company’s patent portfolio in the context of the current market.

An exposure analysis assesses the feasibility of a patent assertion against a specific target and anticipates the response. This type of assessment can uncover, for example, the likelihood that the organisation you are trying to assert against will turn around and make a strong case against you with their own claim charts.

An exposure analysis reduces risk by anticipating how the target will respond and can use statistical analysis to anticipate the magnitude of this response.

Assertion is the process of enforcing patent rights to seek a remedy for the use of innovations. Claim charts provide the target, or ultimately the court, with the hard evidence required. Without them, the claim of assertion and ultimately the settlement may be weakened.

Finding accurate litigation-worthy technical data in the public domain to prove infringement is daunting. A web search will often result in tens of thousands of results and take hundreds of hours to sift through. Searches may eventually yield conventional items such as data sheets, marketing brochures, press releases, technical reports and conference proceedings. However, while useful, this type of information may not map the key elements of the claims.

Typically, information required to develop a claim chart and prove infringement is gathered through technical analysis based on reverse engineering and mapped to specific patent claim elements. Together this forms a compelling argument to enforce patents. It requires finding patents that enable technologies of the most important features of infringing products and using evidence to prove infringement. How technical analysis is undertaken to obtain evidence is critical. The analysis must follow a provable chain of custody to be admissible in court. While such analysis can be undertaken internally, it requires highly specialised expertise and sophisticated reverse engineering equipment to go as deep as required to reveal the inventive step behind innovative, complex technology products. 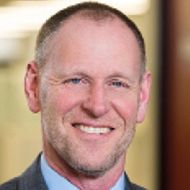