In this co-published piece, Haseltine Lake Kempner partner Caroline Day explains how a good draft could dramatically improve the chances for an AI application at the EPO

Perhaps more than for any other technology area, the European Patent Office (EPO) has promoted its artificial intelligence (AI) practice proactively in expectation of the wave of AI-related applications that they hope is to come.

However, there are particular considerations in relation to preparing AI patent applications which stand the best possible chance of success in Europe.  Below, we introduce just some of these concepts, but do keep an eye out for our up-coming series of articles, in which we will be exploring the issues – and others – in much greater detail.

The EPO’s approach to computer implemented inventions, or CIIs, has developed over many years and can perhaps now be considered to be approaching a steady-state (recent case law in relation to simulations notwithstanding).

Computer programs ‘as such’ are excluded from patentability by the European Patent Convention. However, computer implemented inventions are not excluded, just so long as they have ‘technical character’, a somewhat elusive quality.

Many AI implementations could be characterised as being, or being based on, a mathematical model or mathematical methods.  Unfortunately, the European Patent Convention specifies that mathematical methods ‘as such’ are not patentable and may be considered abstract in nature. However,  patents may be granted for AI, as long as the invention can be said to, in the EPO’s words, ‘leave the abstract realm’.

This could be by application to solving a technical problem in a specific field of technology. The EPO uses examples of the use of a neural network in a heart-monitoring apparatus for the purpose of identifying irregular heartbeats, and the classification of digital images signals based on low-level features such as edges or pixel attributes for images as providing examples of suitable fields.

A separate route to patentability is provided when the invention is directed to a specific technical implementation of AI, ie, one which is motivated by technical considerations of the internal functioning of a computer.  Examples here include a specific technical implementation of neural networks by means of graphics processing units (GPUs), or features which lead to parallelism in processing.

In other words, along with the two hurdles discussed above, there is another duo to consider, which the EPO refers to as the ‘two dimensions’ of technical character.

Taking these dimensions in turn, when preparing a patent application, it is likely to be clear when an invention concerns a particular technical implementation.  For example, the inventive features may be tied to particular hardware, or use of particular hardware. It is worth noting that we have some useful case law in this area: in a recent case (T2330/13), a method claim, originally objected to by the EPO as embodying a (computer implemented) mathematical method was saved by being directed towards efficient parallel processing.

The other dimension is perhaps more intriguing.  In some cases, just as with the ‘technical implementation’ dimension, it may be perfectly clear that an invention relates to a particular field of technology.  Returning to the EPO’s example of image processing, it may be difficult to imagine another real-world application to which a particular inventive concept of image edge detection could be applied, or this may be the only field of interest to an applicant.

However, it is worth considering if this dimension could, in some cases, provide a safety net for an idea which might otherwise be deemed abstract.  In other words, could a claim be deemed to have technical character on the basis of a particular technical application - ie, the claim or claim feature is specifically claimed as being applied within a particular field of technology - even if the actual or perceived contribution of the invention is independent of the technical application?

For example, as far as the inventor is concerned, the invention may cover a conceptual change to the structure of an AI method which may provide an improved output, or may represent a new AI framework entirely.  However, there is a possibility that the EPO will not consider this to have technical character – to be stuck in the abstract realm - unless it is associated with a specific technical application.

In summary, functionally limiting a claim to a technical application may be one way to give a claim technical character. The EPO gives some examples of technical applications which could provide technical character in the section of the Guidelines relating to mathematical methods.  This section of the Guidelines also tells us that technical purpose set out in the claims must be specific, but exactly how specific is still somewhat untested.  With this in mind, inclusion of technical fields, perhaps defined at different levels of specificity, may well be worth consideration at the drafting stage (while remembering that it must be demonstrated how a technical problem is solved).

Of course, the EPO applies the principles of added matter strictly: if an applicant wants this safety net to be available, it must be included in the application right from the start.

Therefore, describing the full extent of the technical fields to which the invention may be applied, and the problems addressed therein, in the application as filed could well prove very useful during prosecution of the patent application.

Experimental data has long played a role in EPO proceedings, albeit typically in the chemistry field.  Well-chosen experimental data can be used to demonstrate a plausible technical effect across the whole of a broad claim (for example, a broad technical field such as image processing).  Without this plausibility, an application may be restricted to the area of examples given as other areas may not be considered to have been sufficiently disclosed.

Experimental data can also defend a claim against an allegation of a lack of inventive step. For example: where the technical effect is an improvement of one already disclosed in the prior art, experimental data demonstrating the improvement provided by the invention compared to embodiments falling outside the scope of the claims, such as embodiments described in a known piece of prior art, is useful. And since new prior art is often discovered after the application has been filed, additional data can be submitted during examination, provided that it supports a technical effect that is described in the application as originally filed.

Such practices which are well established in relation to chemical patent applications could also serve to aid patentability of AI inventions, and thus well worth considering at the drafting stage. 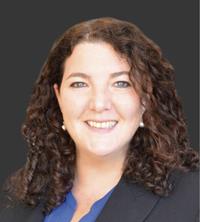