The story behind Hedy Lamarr’s game-changing flash of genius 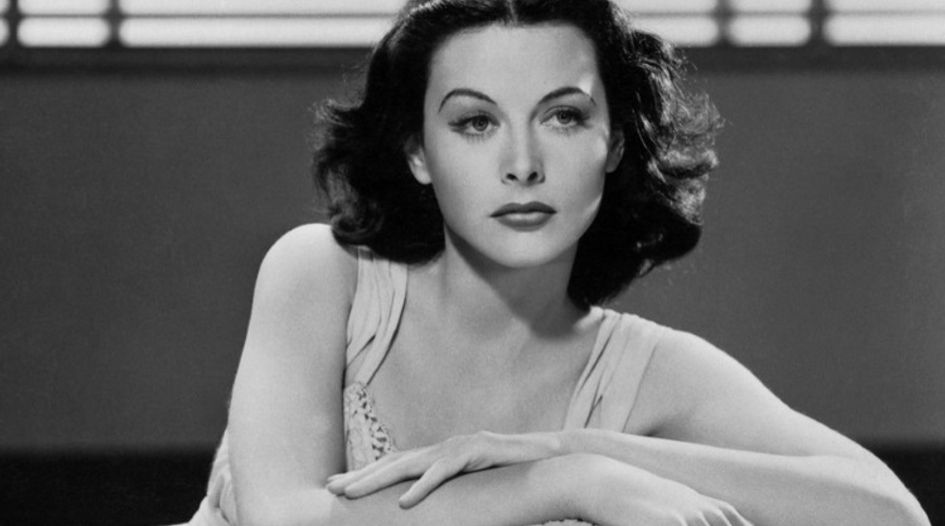 Earlier this week we announced that Hedy Lamarr is to be one of three inductees into the IP Hall of Fame for 2019 (the others are Judge Kathleen O’Malley and Professor Jeffrey Samuels).

The IP Hall of Fame Academy decided to honour the Austrian-born actress for the outstanding contribution her patented invention - Secret Communications System US2293387 - made to the development of today’s mobile communications infrastructure. It was originally developed as a system designed to help defeat Nazi Germany; but it was never used for that purpose.

Last September in his IAM Intangible Investor column, Bruce Berman looked at what lay behind Lamarr’s flash of genius and asked why it took so long for it to be recognised. As a tribute to her, we republish that piece now for everyone to see.

A frequency-hopping invention designed to secretly guide Allied torpedoes failed to impress US Navy leaders at a time when Europe most needed to slow the Nazi advance.

Some of you may be familiar with the story, but what they probably do not know – and what recent film Bombshell: The Hedy Lamarr Story brings to life – is the background that led to this breakthrough invention - and why it took 20 years to be recognised.

Hedy Lamarr was a highly successful screen actress, billed in the 1930s as “the most beautiful woman in the world”. She was also interested in how things worked. A Jewish émigré from central Europe in Hollywood, Lamarr was intellectually curious and highly patriotic, and wanted to do something to help her adopted country defeat Nazi Germany. This prompted her to develop a communications system that would later serve as the basis for WiFi, Bluetooth, wireless phones and GPS, among other innovations.

Lamarr’s invention went unacknowledged, partly because it derived from such an unlikely source. She was an Austrian (like Hitler) with a thick accent; her eccentric invention partner, George Antheil, was an American avant-garde composer and pianist who had spent a decade in Paris associating with James Joyce and Ernest Hemingway. His parents were German immigrants and, like Lamarr, he did not graduate high school.

“Being beautiful and smart are two forms of power,” said Bombshell director Alexandra Dean, “and for whatever reason women are usually allowed to own one of those forms of power, but not both… The power of ‘being smart’ [on the other hand] is an active power that allows the person wielding it to take control of their own narrative.”

What drove Lamarr to invent, and how she did it, is the focus of this fascinating and well-received documentary (available on Netflix and elsewhere), which illustrates that some of the best inventions derive from the most unlikely sources. Bombshell estimates that this one would have been worth $30 billion.

During World War II, Lamarr learned that radio-controlled torpedoes – an emerging technology in naval war – could easily be jammed and set off course. She and Antheil developed a device that prevented it happening and Antheil succeeded in synchronising a miniaturised player-piano mechanism with radio signals. They drafted designs for the frequency-hopping system, which they then patented. Eccentric billionaire Howard Hughes, a fan of Lamarr, put his research scientists at her disposal.

Using knowledge of torpedoes gained from Lemarr’s first husband, a munitions manufacturer, the pair developed the idea of deploying frequency hopping or secure radio transmission – in this case, using a piano roll to randomly change the signal sent between the control centre and torpedo at short bursts within a range of 88 frequencies on the spectrum (as there are 88 black and white keys on a piano keyboard).

The specific code for the sequence of frequencies was held identically by the controlling ship and the torpedo. This encrypted signal was impossible for the enemy to scan and jam on all 88 frequencies. Antheil would control the frequency-hopping sequence using a player-piano mechanism, which he had earlier used to score his Ballet Mécanique.

Lamarr’s and Antheil’s invention, Secret Communications System 2,293,387, had just six claims. It was filed on 10th June 1941 and granted on 11th August 1942. The invention was technologically difficult to implement and at that time the US Navy was not receptive to inventions from outside the military. In 1962, at the time of the Cuban missile crisis, an updated version of the frequency-hopping design finally appeared on Navy ships.

Hedy’s Folly: the Life and Breakthrough Inventions of Hedy Lamarr was written by Pulitzer Prize-winning author Richard Rhodes, who appears in Bombshell and was a source for the film.

Rhodes believes that inventing has more to do with perspective and creativity than technical excellence. Lamarr, a refugee with something to prove as much as a Hollywood star, accepted challenges that others regarded as obstacles.

“That invention is different from fine art or scientific discovery suggests that inventors may be different from fine artists or scientists,” writes Rhodes. They are. Many inventors are technically trained, of course, especially those who invent professionally. Thomas Edison was home and self-educated, but Nikola Tesla was an electrical engineer. Samuel FB Morse, the co-inventor of the telegraph, was a painter.

Despite Lamarr helping to sell the equivalent of $343 million in WWII bonds, the US government seized her invention in 1942 as property of an enemy alien. In 2014 Lamarr and Antheil were posthumously inducted into the National Inventors Hall of Fame.

“If you do good,” Lamarr said, “people will accuse you of selfish motives – do good anyway.”