The head of one of India’s biggest research organisations has issued a stinging indictment of the lack of IP strategy in the group's R&D labs. While his comments do not reflect a phenomenon that is necessarily new, or indeed one that is confined to India, they do suggest that high-level leaders in the R&D sector recognise the scale of opportunities that are being missed, and are thinking about how to address the problem.

Yesterday’s Times of India published excerpts of a scathing communique sent by the director-general of the Council of Scientific & Industrial Research (CSIR), Girish Sahni, to the organisation’s 38 research laboratories. Summing up the current state of affairs, Sahni wrote: “patents are just filed for the sake of filing without any techno-commercial and legal evaluation.” He continues: “Individual scientists are using them for getting promotions and labs are playing number game. Once the patent is granted, neither the scientist nor the lab bothers about it. There is no serious attempt to find licensee and a review system to periodically look at the portfolio does not exist.”

The apparent impetus for Sahni’s displeasure was the fact that CSIR was centrally funding the patent filing and maintenance fees of the individual labs. In the letter, he announces that will no longer be the case going forward, saying labs will be responsible for 25% of the costs for domestic patents and 50% of the costs for foreign ones. While cutting back on patenting costs, Sahni wrote that CSIR would instead reward labs for licensing: “if they succeed in licensing, headquarter will give you a matching grant”.

Sahni complains that the choice of which jurisdiction to file patents in sometimes appears to be “ad-hoc, without any logic”, and reminds lab heads that while filing an Indian patent costs around $3,000, each US patent costs around $20,000. Referring to the 400 overseas patents filed by CSIR in the most recent fiscal year, Sahni claims “If each patent is taken to logical conclusion, our total expenditure will work out to be 56 crore rupees [$8.3 million]. A poor nation cannot afford to spend this kind of money every year to sustain our ego of being intellectual capital of India”. Of course, if poor-quality patents are being filed and forgotten in the US for prestige, that’s clearly a waste of money. But if Sahni does really want his labs to pursue more licensing opportunities, then discouraging overseas applications is probably not the best course of action.

CSIR is India’s largest R&D organisation, with over 17,000 staff and 38 member labs. Though it is an autonomous body, most of its funding comes from India’s Ministry of Science and Technology, and it is formally led by the nation’s prime minister, Narendra Modi. Its mandate is to drive India’s economic development through “science which strives for global impact and technology that enables innovation”. It is also perhaps India’s most prolific home-grown patentee. It filed more patents than any other research organisation by a factor of three. Even when compared to foreign corporates, which are still the biggest filers in India, CSIR’s 315 patent applications would put it fifth on that table – just between Samsung Electronics and BASF. In terms of grants, it was the top Indian patentee last year, coming in ahead of Bharat Heavy Electricals and Samsung’s Bangalore-based R&D institute.

In India, a country that is still very much trying to ramp up its generation of IP assets, it must be alarming for some to hear that one of the country's top filers is in such a sorry state (at least in the opinion of its director-general). On the other hand, when it comes to fixing the problem, the focus seems to be in the right place – thinking commercially from the very start of the filing process, and seeking out licensing and other commercialisationn opportunities. One hopes these criticisms will be used to re-invent the organisation’s IP strategy and not simply to slash its budget for patent protection. 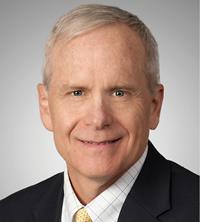