Like many auto companies, General Motors (GM) has placed significant emphasis on its IP holdings over the past 20 years. This has reflected the pace of technological change in the sector and the fact that convergence resulted in a dizzying array of technologies being packed into modern vehicles.

Transformation in the space has also been felt in relation to its greening, as the likes of GM have focused on improvement in areas such as the emission of harmful greenhouse gases. According to a ktMINE analysis of the automaker’s patent portfolio, GM holds the most US grants in the CPC tech class titled ‘climate change mitigation technologies related to transportation’.

The extent to which OEMs such as GM have come to depend on advanced technologies was reflected in the company’s recent announcement that it was suffering from a restriction in the global supply of semiconductors. This shortage led to temporary shutdowns at several assembly plants earlier this year, with the automaker saying that the issues were affecting the entire industry.

Beyond those chip challenges, GM remains a giant in the patent landscape. In this year’s ranking it sits at 22nd place with a total of 17,937 US grants. This puts it one spot ahead of arch rival Ford and eight places behind Toyota, the auto world’s largest US patent owner.

However, if recent years are anything to go by, GM’s patenting efforts might start to slow a little. According to ktMINE data, GM filed just 793 applications in the United States last year, compared with 1,403 in 2019. To put those numbers into a wider context, between 2007 and 2018, it filed between 1,200 and 1,770 applications with the USPTO each year. In fact, you need to go back as far as 2004 to find when GM last filed fewer applications than it did in 2020.

However, last year, that number halved to 1,638 grants. In total, the data shows that the company currently has just over 1,800 US patent applications.

GM’s pullback from patenting might be a temporary blip that reflects its desire to improve the tight profit margins under which automakers generally work, particularly as the covid-19 pandemic has hit the sector hard. 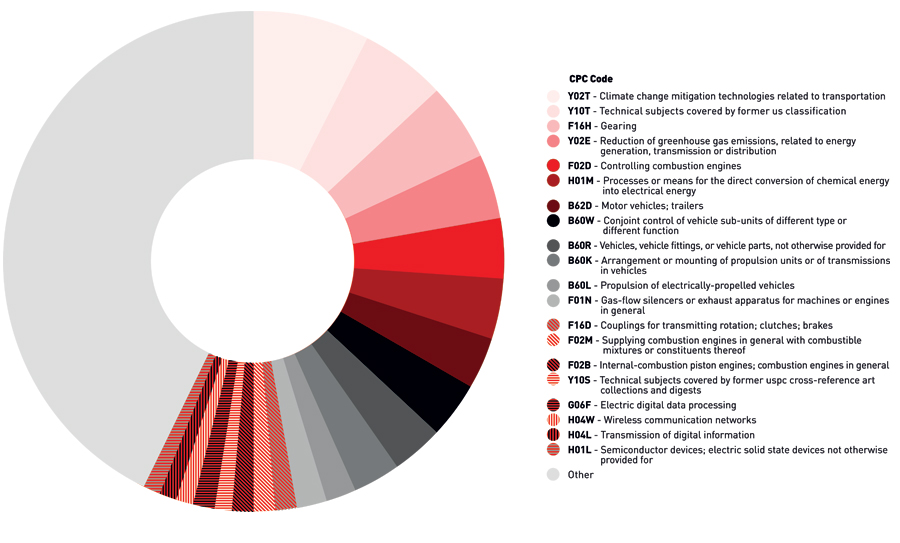