Functional claiming in the aftermath of Williamson

By Scott A Hogan and James D Stevens Jr

On 16 June 2015, the US Court of Appeals for the Federal Circuit issued an en banc opinion in Williamson v Citrix Online LLC, 792 F.3d 1339 with a seemingly subtle change in means-plus-function claim analysis. But a survey of Federal Circuit cases since then reveals that the apparent effect of Williamson is anything but subtle.

Patent applicants often attempt to claim elements of their inventions in terms of function rather than physical structure in hopes that the claims will cover a broader range of structures. But the federal courts have a history of viewing functionally claimed inventions with varying degrees of scepticism. The US Supreme Court invalidated a patent in General Electric Co v Wabash Appliance Corporation (304 US 364 (1938)) because it claimed a tungsten filament in terms of its performance rather than its physical characteristics. The Supreme Court reiterated its distaste for functional claiming in Halliburton Oil Well Cementing Co v Walker (329 US 1 (1946)), invalidating a patent in which the point of novelty was claimed in purely functional terms.

Congress reacted to Halliburton by including a provision for functional claiming in the Patent Act 1952. This provision stated: “An element in a claim for a combination may be expressed as a means or step for performing a specified function without the recital of structure, material, or acts in support thereof, and such claim shall be construed to cover the corresponding structure, material, or acts described in the specification and equivalents thereof.” (35 USC Section 112(6)). A patent applicant could invoke this provision by reciting “means for _______” in a claim and inserting a function in the blank without the need to recite function-performing structure.

At least by the 1990s, means-plus-function claiming fell out of favour with most well-informed patent practitioners after Federal Circuit case law significantly limited the scope of ‘equivalents’ in a way that effectively limits the scope of a means-plus-function claim to the particularly disclosed embodiments of the invention. Seeking to avoid this narrowing effect of means-plus-function treatment, many practitioners have long avoided use of the word ‘means’ in patent claims. Phrases such as ‘a device configured to _______’ and ‘a software module that _______’ with a function inserted in the blank became more common. But words like ‘device’ and ‘module’ have since been labelled by patent challengers and federal courts as placeholder words — (ie, as mere substitutes for the word ‘means’). Some other examples of placeholder words include mechanism, element, unit, component, member, apparatus, machine and system (in US patent law, these are referred to as ‘nonce’ words). Accused patent infringers have sometimes convinced courts to interpret such claim limitations as means-plus-function limitations even when the word ‘means’ is not recited, thereby limiting claim scope and often rendering the claims invalid for indefiniteness.

Federal Circuit cases have determined that, if a claim limitation does not use the word ‘means’, there is a rebuttable presumption that the means-plus-function provision of 35 USC Section 112 does not apply. This presumption can be overcome if the challenger demonstrates that the claim term fails to recite sufficiently definite structure or else recites function without reciting sufficient structure for performing that function. What has changed is the strength of that presumption. In Lighting World Inc v Birchwood Lighting Inc (382 F.3d 1354 (Fed Cir 2004)), the court held that the presumption is a “strong one that is not readily overcome”. Later, in Flo Healthcare Solutions LLC v Kappos (697 F.3d 1367 (Fed Cir 2012)), the court made the presumption even stronger by requiring challengers to demonstrate that the non-means claim limitation “is devoid of anything that can be construed as structure”.

The post-Williamson cases in which non-means claims received means-plus-function treatment are summarised below with some key takeaways and suggestions for patent practitioners tasked with navigating this tricky area of the law. While some of these cases are non-precedential, they still offer a glimpse into the manner in which the Federal Circuit has altered its views on functional claiming in the wake of its Williamson opinion.

In Media Rights Techs Inc v Capital One Fin Corp (800 F.3d 1366 (Fed Cir 2015)), the patent was related to digital rights management, and the claims recited a “compliance mechanism” that essentially ensured digital data in a media player complies with copyrights. Notably, the claim limitation was not in traditional means-plus-function form (ie, “a compliance mechanism for _______”). Instead, method steps are recited as being performed ‘with’ or ‘by’ the compliance mechanism. The court reasoned that the specification described the compliance mechanism only in terms of its function and interaction with other parts in the system without describing how it operates. After affirming that means-plus-function treatment was proper, the court then looked to the specification for an algorithm, which is the required function-performing structure for computer-implemented functions of means-plus-function claim limitations. Finding none, the court declared the claims indefinite and invalid.

The disputed claim term in Advanced Ground Info Sys Inc v Life360 Inc (830 F.3d 1341 (Fed Cir 2016)) was ‘symbol generator’. The patent related to a smartphone app that displays locations of other phones in a user-formed group. The app displays each location on a map via a symbol generated by the symbol generator. The court affirmed the district court’s view that ‘symbol generator’ is analogous to a ‘means for generating symbols’. The term was found to have no structural meaning in the field of computer science and was apparently coined by the patent drafter. After affirming that means-plus-function treatment was proper, the court then declared the claims indefinite and invalid because the patent disclosed no algorithm for the symbol-generating function. This decision may be troubling to patent practitioners because the claim term in this case did not include a placeholder word (eg, device or module). Avoidance of placeholder words was previously considered a relatively reliable way to avoid unwanted means-plus-function treatment. In addition, patent practitioners have traditionally been permitted to act as their own lexicographers, with the freedom to coin fanciful claim terms so long as those terms were defined in the specification. In this case, where the coined term was a function-performing claim element, extrinsic evidence that the claim term had no known structural meaning in the art trumped the functional definition intended by the patent drafter. This case represents a failed attempt to self-define claim language.

In Diebold Nixdorf Inc v Int’l Trade Comm’n (899 F.3d 1291 (Fed Cir 2018)), the disputed claim term was a ‘cheque standby unit’, which is part of a cashpoint that operates to temporarily hold a cheque in the machine until the cashpoint user either confirms the deposit or cancels the transaction. During claim construction, the lower court found that a person of ordinary skill in the art would understand that a structure in a cashpoint that temporarily holds cheques pending customer confirmation is the ‘cheque standby unit’. The lower court also found that, even if the term ‘cheque standby unit’ was interpreted as a means-plus-function limitation, the specification disclosed enough function-performing structure to avoid indefiniteness. The Federal Circuit disagreed with both conclusions, finding ‘cheque standby unit’ a means-plus-function limitation that rendered the claim indefinite since the claim term did not connote sufficiently definite structure and the patent disclosed no examples of a cheque standby unit to satisfy the corresponding structure requirement. While a cheque standby unit was labelled in the patent drawings, it was only shown generically by its location in the machine with no shape or implied structure.

In MTD Prod Inc v Iancu (933 F.3d 1336 (Fed Cir 2019)), the court vacated a PTAB decision that the term ‘mechanical control assembly’ avoided means-plus-function treatment. The patent was related to zero-turning radius lawnmowers, and a mechanical control assembly that operates to selectively activate multiple drive units in response to speed and turning inputs in order to execute small-radius turns. The court agreed with the PTAB that ‘mechanical control assembly’ is a collection of placeholder terms that has no established meaning in the art. But the court found that the PTAB improperly relied on the patentee’s disclosed example of a function-performing structure as evidence that the placeholder terms connote sufficiently definite structure to one of ordinary skill in the art. The court noted that if the corresponding function-performing structure in the specification renders placeholder terms sufficiently structural, then no claim term with such disclosed structure would ever be interpreted as a means-plus-function term.

In Grecia v Samsung Electronics America Inc (780 FedAppx 912 (Fed Cir 2019)), the court interpreted the claim term “customization module” as a means-plus-function limitation and held that the relevant claims were indefinite due to a lack of disclosed structure for performing the customisation function. Interestingly, and perhaps troublingly, the claim in question did not recite any function associated with the “customization module”. In other words, the court applied the functional claiming provision of 35 USC Section 112 to a claim limitation with no recited function. While seemingly at odds with the statute, Federal Circuit case law appears to permit a means-plus-function interpretation even when no specific function is recited in the claim. As stated in Williamson, when a claim term lacks the word ‘means’, the presumption can be overcome and means-plus-function treatment will apply if the challenger demonstrates that the claim term “fails to recite sufficiently definite structure or else recites function without reciting sufficient structure for performing that function”. The first of those tests has no requirement for recited function.

The disputed claims in Fiber LLC v Ciena Corp (792 FedAppx 789 (Fed Cir 2019)) related to an optical beam switching system and recited ‘a control’ operative for positioning beam directing devices. The court agreed with the challenger that the claim term ‘control’ should be interpreted as a means for performing the recited functions under 35 USC Section 112 and be limited to the corresponding structure in the specification for performing that function. The court then found that the specification did not disclose any corresponding structure and that the claims were therefore invalid. The only asserted structure in the patent specification was a generic box labelled ‘CONTROL’ in one of the drawings. Also, the court did not permit function-performing structure to be imported from another document that was incorporated by reference in the patent specification.

In Intelligent Automation Design LLC v Zimmer Biomet CMF and Thoracic LLC (799 FedAppx 847 (Fed Cir 2019)), the patent included both product claims and method claims related to a motorised screwdriver that stops turning at an optimum point based on changes in the applied torque while driving a screw. The court found that the ‘control circuit’ recited in the product claims should be interpreted as a means-plus-function limitation. This is a somewhat surprising result because, in earlier Federal Circuit case law, a claim term having the word ‘circuit’ has consistently been held to connote structure sufficient to avoid means-plus-function treatment, particularly when preceded by an adjectival qualifier. The court’s pathway to means-plus-function treatment of ‘control circuit’ was also unusual in that there was a companion method claim deemed by the lower court to include means-plus-function limitations. The patentee did not dispute the lower court ruling on the method claim, and the Federal Circuit reasoned that recitation of the same functional language in the product and method claims rendered the product claim a means-plus-function claim as well, finding that control ‘circuit’ did not change the meaning of the function or otherwise render the limitation structural.

How are patent practitioners to deal with some of the new potential land mines resulting from Williamson? Following are a few suggestions to consider when drafting and filing new patent applications if means-plus-function claim interpretation is not desired: 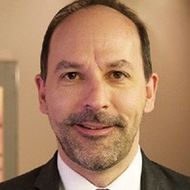 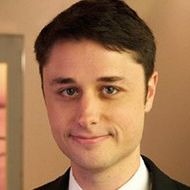