Fixed-time patent-buying programme IP3 back again for 2017; but this time it’s different

AST is launching a new version of the Industry Patent Purchase Program (IP3) as it looks to once again give patent owners a quick and efficient way to sell their assets.

The news, which was announced today, follows last year’s original IP3, which saw a group of companies from diverse industries come together to build on an initiative that Google had originally undertaken in 2015. This year’s version of the platform will only be available to AST’s 30 members, who include Ford, Google, IBM, Microsoft and recent joiner Uber.

Patent owners will be able to submit their assets for consideration between 1st August and 30th September, which gives them both a longer lead-in as they consider what they might sell and a longer window in which to submit. According to AST CEO Russell Binns, those time periods were extended following feedback on last year’s IP3, with larger operating companies particularly keen to have more time to consider divestments. “A lot of sellers were not able to figure out what to sell within the time limit we gave them last year,” Binns said.

As before, sellers will be required to name their price as part of their submission, with the patents then evaluated by AST and its members before the seller is notified of any interest in a deal by 21st November. All transactions should be completed by early 2018.

One new feature is that the 2017 version of IP3 is focused on patents covering five areas: the Internet of Things, wireless, content delivery/video distribution, networking and communications. Any patents which are submitted that do not fall into these categories will be put through AST’s typical buying evaluation process. “The technology areas are supposed to let sellers focus because last year some were paralysed with indecision about what to sell.” Binns remarked. He also indicated that future versions of IP3 are also likely to follow a similar route: “The plan is that each iteration we do of this program will be in a different technology area.”

In contrast to last year when the companies indicated how much cash they were willing to put into IP3 at the start of the process, this year they will pay into a pot once they have seen the assets that have been submitted. “That’s more in line with our normal AST process,” Binns pointed out. The change is part of a drive to focus more on the quality of assets in this year’s initiative. “The more high-quality assets we get, the more our members will invest into the acquisition of them,” Binns said.

By making this year’s version only open to AST members, the administration of the platform will be much easier; something that gives Binns and his colleagues an opportunity. “We’re hoping to add a couple of members who are interested in the IP3 programme,” he revealed.

The news about the next version of IP3 follows the recent announcement by Uber that it is launching its own patent-buying initiative. The fact that the ride-sharing business has joined AST on top shows just how eager it is to bolster its portfolio on the secondary market.

Last year’s IP3 generated a significant amount of interest, with around 1,400 patent families submitted. While the 2017 version is just focused on a handful of technology areas, with this kind of initiative increasingly familiar to patent owners and the long lead-in to the start of the submission process, there’s every chance that it will continue to generate a significant buzz. One thing to keep track of is the extent to which this year’s IP3 attracts larger operating companies or even patent aggregators like Intellectual Ventures (which is in selling mode). Last year sellers included Korean sovereign patent fund Intellectual Discovery, which was among a much broader range of patent owners than would normally transact with AST. “We got a different group of sellers last year than we did in our standard AST process,” Binns said. “We had everything from NPEs to individual inventors to large Fortune 500 companies submitting last time and I expect we’ll see more of that.”

The expectation is that AST will be back next year with another version of IP3 as the concept of a fixed price, time-limited sales process continues to gain traction. “We’re going to give this one a shot and see how it turns out but my hope is that this will become something we do on a regular basis rotating through different technology areas,” Binns said. 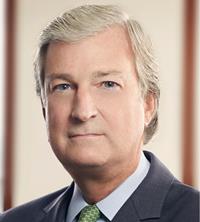