By Vsevolod A Vorobiev

Patents with different priority dates do not often conflict, but when they do, it creates considerable uncertainty for the patent owners. When such a situation arises, foreign entities are often ill-prepared for the Russian courts’ specific approach.

A patent owner sues a potential infringer – the situation appears straightforward, as all the features of an independent claim are clearly present in the allegedly infringing product. Then the purported infringer provides evidence that it is using its own patented invention, with a later priority date, in the same product. The two patents have overlapping scopes, meaning that they both cover the disputed product. During the court hearings, it transpires that the court is reluctant – and often refuses – to recognise the infringement and stop the manufacture or sale of the product in question.

Normally, if a patent owner wants to prevent others using its protected invention, it should be ready to defend its patent’s validity – all patentees enforcing their rights should be prepared for this situation.

A typical defence strategy of an alleged infringer is to attempt to invalidate the purportedly violated patent. In a bifurcated patent litigation system (as is the case in Russia) patent invalidity cannot be directly asserted as a defence in an infringement proceeding; instead, the defendant must file a separate nullity action with the Rospatent Chamber for Patent Disputes, whose decision can be appealed to the IP Court and further to the Presidium of the same court. In this situation, especially if the patent is strong enough to survive the attack at each stage, there is a good chance that an enforceable decision against the infringer will be taken before the final resolution of the invalidation case.

When there are conflicting patents, however, an additional burden may be placed on the rights holder – to file a nullity action against the conflicting patent. In this case, it is the patent owner that should initiate another dispute in order to prevail in the one that they are actually interested in. Accordingly, there is a long way to go before infringement can be established and stopped.

The reason why a patent owner cannot stop an obvious infringement is not because something may be wrong with its own patent, but because they are obliged to fight someone else’s patent (even though they may have never heard of it, since it has a later priority date).

The concept of ‘conflicting patents’ was first addressed by the Supreme Arbitration Court’s Practice Survey in 2007. An alleged infringer of a utility model patent claimed to be using its own identical patented utility model. The Presidium of the Supreme Arbitration Court ruled that in such cases infringement of the first patent could not be recognised unless the second patent had been invalidated in due course.

The ruling provoked ardent discussion among practitioners, although it may have had some practical grounding at that time. Until changes were introduced to the Civil Code in 2014, utility models in Russia were not examined by Rospatent; therefore, the probability of different patentees obtaining patent protection for similar technical solutions was high. In this situation, it was logical to place the burden of invalidating a conflicting patent on the patentee. After all, a utility model patent owner could take on additional encumbrance as a sort of compensation for the ease of obtaining the patent title.

However, in a Supreme Arbitration Court decision from 2009, the same concept was extended to inventions and industrial designs (which are also protected by patents in Russia). The decision was once again met with much caution by patent practitioners, which led to further discussion in professional literature.

If the rather exceptional case where Rospatent granted two identical patents by mistake is excluded, there are still some situations when the registration of conflicting patents has legitimate reasons, including where:

In the first three situations, the conflict of patents may be resolved by invalidation of the ‘wrong’ patent (ie, the one with a later priority), by means of an appropriate request by an interested person.

The fourth situation regarding dependent inventions is special and requires a specific approach.

In fact, provisions on the use of a patented invention by the owner of the patent for a second (dependent) invention were included in Russian legislation even earlier. Pursuant to these provisions, consistent with Article 31 of the Agreement on Trade-Related Aspects of Intellectual Property Rights, the owner of the second patent may obtain, through a court, a compulsory licence to use the first patent provided that the invention claimed in the second patent involves an important technical advancement and has significant economic gains over the invention claimed in the first patent.

The important 2014 addition to the legislation consists of the clear indication that the patent owner of a dependent invention (or utility model or design) is not entitled to use its own solution without permission of the owner of the patent issued for the first solution (ie, the one on which the second solution is dependent).

A major event that influenced IP practice in Russia was the Supreme Court Plenum ruling of 23 April 2019, number 10, on Application of Part 4 of the Civil Code. Such rulings are not sources of law per se, but they define the Russian courts’ approaches to hearing cases.

This ruling is important because it:

The ruling made the matter of conflicting patents clearer by plainly dividing the two different issues:

At the same time, the ruling confirmed the court’s previous opinion that in all cases when the conflicting patents’ claims are essentially the same, the court cannot establish the fact of the infringement of the first patent before the second patent has been found to be invalid.

Recent practice in the field of conflicting patents has been dominated by a series of lawsuits in pharmaceutics, where the local generic pharmaceutical company Nativa obtained a number of patents on novel crystalline forms of known drugs protected by patents that belong to international pharmaceutical companies (including Sugen/Pfizer, Novartis, Bayer, AstraZeneca and Bristol-Myers Squibb, among others).

The main outlook of the lawsuits included the following:

Most recent cases involving infringement claims, including the Nativa cases, have been heard in accordance with the Supreme Court’s position. In particular, when dealing with conflicting patens, the courts generally focus on three questions:

For example, in Novartis v Nativa (A41-85807/2016) the court ruled in favour of the originator and ordered Nativa to stop infringing the original patent, dismissing the defendant’s claim that Nativa used its own patent and noting that the patents were not identical.

In Bristol Myers Squibb v Nativa (A41-87845/2017) the courts originally took the side of Nativa and rejected the infringement claims, but the IP Court (acting as a court of cassation) overruled these decisions, noting that it was not demonstrated that Nativa used its own patent and that Nativa’s patent was identical to the Bristol Myers Squibb patent. The case was returned to the first instance, and a decision in favour of the originator was passed.

On the other hand, in Bayer v Nativa (A41-3828/2018), the infringement claims were rejected both by the first-instance court and the court of appeal on the basis that Nativa used the invention according to its own patent. This case will next be heard by the IP Court as a court of cassation.

As for the matter of compulsory licences for dependent inventions, the Nativa lawsuits have become a particularly important battlefield for competing companies in the pharmaceutical sphere.

The first compulsory licence in Russia’s history was ordered by the court in Case A40-71471/17 brought by Nativa against Celgene (the claimant requested a licence for using Celgene’s patent for lenalidomide). This decision survived an appeal, but later, Nativa’s patent was invalidated by the Rospatent Chamber for Patent Disputes as lacking inventive step. The parties ended their legal battle with the dispute being settled and the compulsory licence annulled.

The second compulsory licence was ordered by a court processing an infringement Case A40-166505/2017 brought against Nativa by Sugen LLC and Pharmacia & Upjohn, who accused Nativa of illegal use of a patented invention in Nativa’s medication Sunitinib-nativ. The defendant filed a counterclaim (in the same proceeding) requesting a compulsory licence. The court satisfied the counterclaim and ordered the original plaintiffs to issue the licence. This decision went through an appeal and a cassation and the latest cassation claim was dismissed by the Supreme Court on 20 February 2020.

Nativa’s patent serving as a basis for granting the compulsory licence in Case A40-166505/2017 is currently being challenged.

The situation with Nativa’s patents is still developing and is being closely followed by the IP professionals in Russia and abroad.

Due to the latest rulings of the Supreme Court and the decisions by the IP Court, it has become more difficult for defenders to fend off attacks by patent owners by claiming use of defendant’s own patent.

When planning to attack an alleged infringer in Russia, the patent owner must explore not only prior art to make sure that the infringed patent is invulnerable, but also ‘post art’ – namely, patents for potentially dependent inventions and patents having a later priority date but essentially the same claims.

For a long time, the matter of compulsory licences has been a Pandora’s box in Russian patent practice. Now, the box has been opened and first decisions have been passed. The practice may be complicated in the near future with attempts by the IP Court to establish some sort of consistency in this difficult field.

Based on the available court decisions, it may be beneficial for patent owners to strengthen their portfolios in Russia with additional narrow patents protecting specific embodiments (eg, drug formulations), as such narrow patents are less likely to ‘spawn’ dependent patents and provide a basis for compulsory licensing claims. 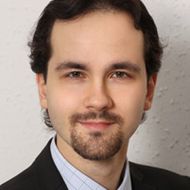