In the latest issue of IAM magazine – available for subscribers to view online from today – Matthew Beers and Maria Lazarova of Ocean Tomo take a deep-dive look at patent abandonments data from both the USPTO and EPO. The full article contains a wealth of interesting data but, for the purposes of this blog we’ll take a sneak peek at the findings relating to IP owners and which of them abandon the most patents at both agencies. Perhaps unsurprisingly, about half of the top 50 companies by abandonment volume are also in the top 50 by number of applications filed. What’s more, of the top 50 companies by abandonment volume over the period examined by Beers’ and Lazarova’s analysis, well over two-thirds appear among the top abandoners at both the USPTO and the EPO.

There are no prizes for correctly guessing which company lets the most patent rights lapse in the United States. On average over the past decade, IBM has abandoned close to 2,000 US patents each year – almost twice as many as second-placed Panasonic. Here are the top 10 companies in terms of abandoned US patents over the past 10 years, with annual figures and compound annual growth rate (CAGR) of abandonments:

The abandonment rate - ie, the number of abandoned patents as a percentage of all in-force, issued patents - is higher for European than US assets, though abandonment numbers are generally lower with regards the former. Beers and Lazarova suggest that this reflects the considerably higher and more frequent renewal fees in Europe and the resulting strategy of maintaining patents only in those EPO jurisdictions where GDP is higher and enforcement is perceived to be more effective. The top 10 companies in terms of abandoned European patents over the past decade are as follows:

The authors note that - in the United States - the trend appears to be that rights holders are increasingly abandoning patents later in the lifetime of the assets – more often than not in the period just before the final and most sizeable maintenance fee is due to be paid, 11-and-a-half years after grant date.

Nevertheless, the fact that so many are being abandoned before their 20-year term is up suggests that plenty of applications are being filed for patents that have negligible strategic value for their would-be owners. As the authors point out: “A first to file mentality continues across the globe, with maintain versus abandon decisions being made later in the life of the asset as technology and commercialisation proof of concepts are measured.”

There is certainly an argument to be made for patenting as voluminously as possible in areas of technological or commercial strength, or with heavy competition. However, to do so means substantial up-front cost and an even greater challenge in convincing the C-suite of the value of filing and maintaining patents in the first place.

An additional problem with this approach is the potential impact it has on the market as a whole. The reality is that the vast majority of patents hold little strategic value; and the chances are that most of those will be abandoned at some point in their lifetime. All of those filings submitted by the companies listed above equate to a whole lot of patent examiners’ time being spent on processing a large number of applications that end up being inconsequential to their holders (and most likely to third parties as well, based on the admittedly idealistic assumption that if they had any value they could, and would, be sold). One can’t help but think that if there really is a significant problem in terms of too many low-quality patents being granted, as many argue, then at least part of cause lies here. 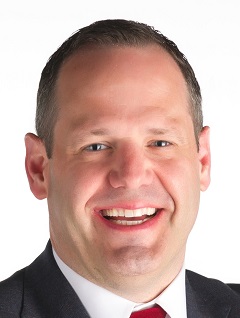