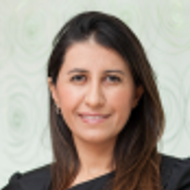 On June 22 2004 Turkey implemented the Bolar exemption by adding Article 75/1(f) to the Patent Decree-Law (551). Accordingly, regulatory acts such as obtaining marketing authorisation and conducting experiments and tests necessary to obtain marketing authorisations are exempt from the scope of patent rights.

The purpose of the Bolar exemption should treated carefully in order to protect the delicate balance between the parties' legitimate interests. The patent protection term is limited to 20 years following the date of the application, and Turkish law provides no mechanism either to regain the time lost during the regulatory approval stage or to extend the 20-year period. However, the Bolar exemption gives generic companies the opportunity to develop a generic product, complete the regulatory procedures and get ready to launch the day after expiry of the patent term.

Since implementation of the Bolar exemption, the Turkish IP courts have followed different interpretations and implementations to determine the scope of the exemption in Turkey – specifically, in the interpretation of acts which fall under the scope of the regulatory approval. For instance, if the marketing authorisation has been granted but sales permission has not, is there room to apply the Bolar exemption?

Although the IP courts used to limit the scope of the Bolar exemption to the grant of marketing authorisation, this approach has been revised to extend the scope of the acts to be interpreted under the exemption. For example, some IP courts consider the grant of sales permission, as well as the grant of marketing authorisation, in evaluating possible patent infringement. Some even consider entry on the Social Security Institution (SSI) reimbursement list. Within this framework, an application for a pharmaceutical to be included in the SSI reimbursement list is no different from the offer for sale of a product, which is one of the acts that constitute patent infringement under Article 136 of the decree-law. Since the SSI is the largest purchaser of pharmaceuticals in Turkey, inclusion on the reimbursement list means that the generic manufacturer undertakes to sell the pharmaceuticals in question, which inherently means that the pharmaceuticals are ready for sale and launch. Therefore, regulatory steps taken after the grant of marketing authorisation should not be included within the scope of the Bolar exemption.

The reason recently adopted by the courts – that the products have not yet been physically launched on the market, even if all regulatory requirements have been fulfilled – does not seem adequate to justify non-infringement and to dismiss all substantive infringement actions, in which both current and potential infringement are at issue. This change of tack can be traced back to the attitude of the local courts towards original drug companies. Their prejudice against original drug companies – or alternatively, their favourable approach towards generic companies – is generally justified by the public interest in purchasing drugs at lower prices.

As a result, the recent tendency of the courts to include further regulatory steps within the scope of the Bolar exemption appears to be on rocky ground in terms of the relevant national and international provisions, and violates the right of patent owners to prevent existing or potential infringement. The IP courts should avoid broad interpretations of the exception and should focus on the purpose of the provision – that is, a delicate balance between generic companies’ legitimate interest and IP rights of the original drug companies.

Patents, Europe, Turkey
Back to reports