The Intellectual Property Owners Association (IPO) released its annual ranking yesterday of the 300 companies that received the most US patents in 2017. There was no change at number one as IBM held onto its customary position at the top of the pile, with Big Blue receiving 8,996 grants last year - up by 10.8% year-on-year.
In fact, the top five overall has a very familiar look to it. Samsung Electronics is in second place after seeing its patent stockpile bolstered by 5,810 new assets, Intel (3,726 patents) takes third after swapping places with Canon (3,664) and Google parent company Alphabet sits in fifth on the list after receiving 3,065 patents.
While IBM has maintained an iron grip on the top spot — the last time it wasn’t number one was in 1992 when Canon received the most US patents — its healthy lead over Samsung is narrowed significantly if you combine all of the Korean company’s subsidiaries that make the list. The four Samsung businesses - which comprise Samsung Display, Samsung Electro-Mechanics, Samsung SDI as well as Samsung Electronics - received a total of 8,754 grants, just a couple of hundred behind IBM.
The Korean conglomerate can at least console itself with the fact that as the IAM/ktMINE US Patent 1000 recently confirmed, Samsung Electronics owns the largest portfolio of active US patents with a staggering 75,596 grants, almost 30,000 more than IBM.
Among the notable risers in this year’s IPO list are several of the world’s largest car manufacturers. Toyota, Ford, Hyundai and BMW all significantly bolstered their positions; another sign of the growing importance of IP strategy in the auto sector.
Some of China’s leading IP players also saw notable gains. These include Huawei (up 18.6%), BOE Technology Group (up 40.8%) and Shenzhen China Star Optoelectronics Technology Co (up 30.5%). BOE’s ascent has been particularly impressive as it appeared on the list for the first time in the 2015 list and in the latest list ranked 27th.
As the IAM/ktMINE study revealed, the Chinese electronics business also has an impressive rate of converting patent applications into actual grants with 97.7% of the company’s applications turning into granted patents. It also features among this year’s biggest risers in this year’s IPO list with German life sciences and pharmaceuticals giant Bayer seeing the biggest jump. You can see the top five risers in the table below.

@IAM_magazine The growing influence of high-tech in the life sciences industry has led to speculation that the IP strategies used… https://t.co/AXqEtu2rzS Read more 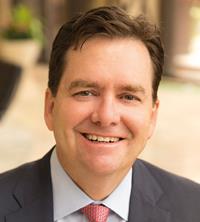