Once again, electronics controlled the highest number of US grants of any sector, with 459,482. The space accounts for nearly 22% of all US patents issued in the list.

That said, the standout this year was finance, with the highest gains of any industry in both grants (up 28.6%) and applications (up 36.2%). The main reason behind this relates to entities from other categories leveraging their IP portfolios for economic or strategic purposes.

Conglomerates welcomed Softbank and Tata Group to its ranks, as well as asset gains related to Raytheon’s merger with United Technologies. These offset the declines from General Electric, as it spun out its biopharma business Cytiva, transferred automation/electronic assets to ABB Schweiz and divested assets from the abandoned acquisition of Baker Hughes. As the year closed, the space saw a 26.5% increase in grants and a 13.4% rise in applications.

Industrial also benefitted from six new entrants. Air Liquide, Kubota, Makita, Mitutoyo, SKF and Thyssenkrupp offset declines associated with Ingersoll Rand and glass company AGC amid the reorganisations of their businesses and IP portfolios. Grants rose by 20.2% and applications by 19.1%.

Chemicals celebrated four new entities, three of which resulted from the demerging of DowDupont into Corteva, Dow and Dupont. There was also a modest swell in both grants and applications (7.5% and 4.6% respectively). 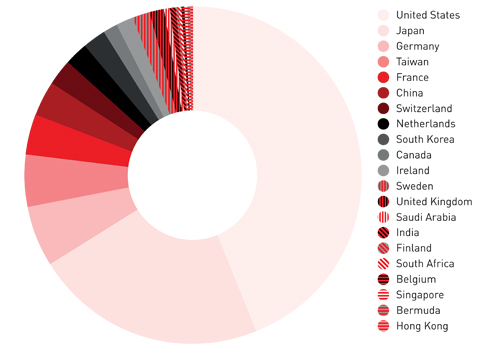 However, the number of entities in energy fell by five in 2020, accompanied by a 10.5% decrease in grants and a 21% drop in applications. Much of this was due to oil and gas company Weatherford Technologies’ transfer of 1,500-plus assets to Deutsche Bank and Wilmington Trust – the latter failling off the list this year. Additionally, Eaton Corporation, a power management company located in Ireland, signed over three tranches totalling 924 assets to Dutch financial entity Signify Holding BV.

The other category, consisting primarily of patent-holding entities and government institutions, suffered significantly in both grant and application holdings (down 11.1% and 30.7% respectively). Intellectual Ventures – often seen as a bellwether for the space – continued to sell off assets. Departures – including Excalibur (due to liquidation) and Technicolor (due to a transfer of assets to Magnolia Licensing) – also contributed to the decline of this category. 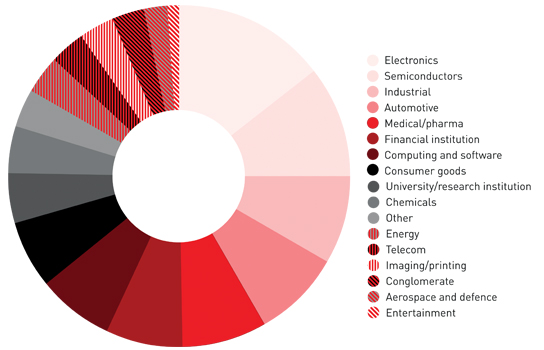 The real surprise comes when we look at applications. Asia had the strongest gain both by number (5,594) and by percentage (3.7%). With the exception of North America, which saw a decline of 0.4%, all other regions posted gains of around 3.2%.

The United States holds 917 fewer applications than it did a year ago (down 0.6%), despite having added 22 new entities to the list.

Meanwhile in Bermuda, the transfer of a portfolio from Marvell Technology to NXP Semiconductors led to patent and application holdings slipping by 12.6%.

Although the innovation efforts in some countries represent a small fraction of the global totals, they continue to grow at eye-catching rates. Of particular note are the following findings: 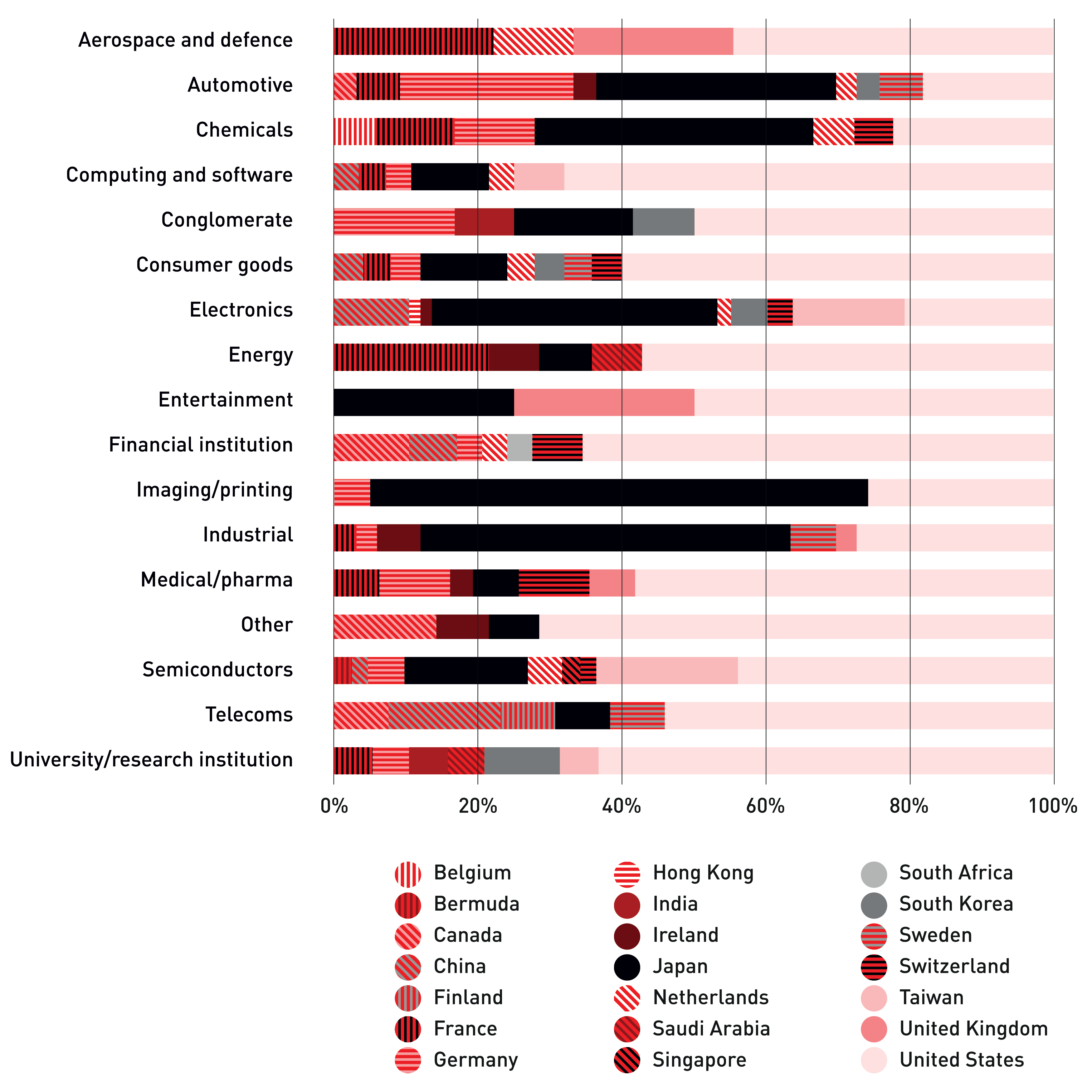