The DTEK60, which was officially launched in North America and Europe this week, is BlackBerry’s latest smartphone model. And according to some, it is also its last.

Though it is manufactured under contract by China’s TCL, the DTEK60 is designed, distributed and marketed by BlackBerry. This is a typical arrangement in the consumer electronics world, where brand-name companies will typically outsource much of the manufacturing and assembly to dedicated OEMs and other contractors.

However, this is probably going to be the final device that BlackBerry produces in this way. Speaking last month, CEO John Chen stated that the Canadian company would be ending internal hardware development and shifting to a licensing-led business model, confirming months of speculation that it would, to all intents and purposes, exit the product-making market.

At around the same time, BlackBerry announced its first significant partnership under this new strategy. The Canadian company has signed a licence deal with BB Merah Putih, a joint venture led by Indonesian company Tiphone, an affiliate of mobile network carrier Telkomsel. The new firm will be responsible for manufacturing, distributing and marketing BlackBerry-branded devices in Indonesia.

A glance at the various BlackBerry user forums online suggests that the plan has met with a mixed response among the brand’s famously loyal fanbase. While some think the pivot to Asia is a sensible move, others see it as the company’s death-knell. The latter perspective seems to arise, at least in part, from the widely-held perception that the high-tech industry in a developing Asian market like Indonesia remains one of low quality products and, thanks to an ingrained problem with counterfeiting, scant regard for IP rights.

Nevertheless, the Indonesia deal makes particular sense for BlackBerry. It has strong brand recognition in the country (the world's fourth most populous) where it is still one of the most popular smartphone options. This will give the company’s local partners something of a head start when they begin selling their own devices bearing the storied BlackBerry trademarks.

In addition to the brand licence, BB Merah Putih has also entered a “device-software licensing agreement” which will give it “full access to the BlackBerry experience, which includes the trusted BlackBerry for Android secure software and the Hub unified communications software” for the production of smartphones in Indonesia.

Notably, the statement outlining the deal makes no mention of patents, which have come to be seen as core to BlackBerry’s new IP-focused business model. Since June 2015 – when it entered a royalty-bearing licence agreement with Cisco – BlackBerry has been busy seeking out monetisation options for its extensive patent portfolio. In February this year, it signed two significant licensees in deals with Canon and International Game Technology; more recently, it has asserted patents against Avaya. It has also sold IP assets; in late 2015, it assigned patents to investment firm Centerbridge Partners in a transaction worth as much as $50 million.

The only reference to patents that BlackBerry makes in relation to the Indonesian deal is a comment from the company’s director of marketing content, Eric Lai, in a thread on its official corporate blog page. In the post, Lai responds to a reader’s comment by suggesting that BlackBerry “is open” to the idea of licensing patents relating to its physical-keyboard technology to its partners.

Beyond that, it would appear that BlackBerry doesn’t consider patents to play a significant role in this deal, if at all. That may well be because the joint venture is, for now at least, confined to the Indonesian market, which, as already mentioned, does not enjoy an especially positive reputation for its levels of respect and protection of IP rights and simply is not a key jurisdiction from a patent perspective.

In any case, BlackBerry’s most valuable IP asset – in Indonesia and elsewhere – is its brand, and is clearly the most crucial element for its new licensing strategy. But while the brand’s local popularity should give it an enhanced chance of survival in Indonesia, its audience in other parts of the world may still need some convincing. 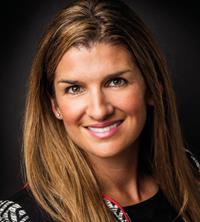