Biologics and biosimilars in Brazil – the strategic questions

Biologics are typically very large, complex molecules produced by genetically modified living systems (eg, bacteria, yeast, animal and plant cells) through biotechnological processes. Different from small molecule drugs, biologics are not well-defined structures and are extremely difficult to definitively characterise. Biosimilars are products that are highly similar to a previously approved biological product (ie, reference product), notwithstanding minor differences in clinically inactive components, and for which there are no clinically meaningful differences in terms of safety, purity and potency. Due to their inherent structural complexity and intrinsic heterogeneity due to post-translational modifications, biosimilars are subject to specific regulations.

To date, the majority of biosimilars in Brazil have monoclonal antibodies as reference products. Monoclonal antibodies comprise a significant part of the worldwide biopharmaceutical market. It is vital to review and comprehend the Brazilian definitions and regulations in this field, as the Brazilian pharmaceutical market promises a bright future for this drug category, particularly considering the epidemiological transition of Brazil’s population from infectious diseases to chronical conditions and age-related illnesses.

This chapter highlights the strategic questions surrounding patent prosecution, patent litigation and the regulation of biologics and biosimilars on the Brazilian market.

Brazil has some particular practices that should be brought to the attention of companies interested in exploring the Brazilian market.

First, regarding patentability, there is no definition of ‘invention’ in Brazilian legislation. In order to qualify as a patentable invention, the subject matter must meet the patentability requirements and cannot be included in the statutory bars provided in the law.

For biologics specifically, certain patentability bars should be kept in mind.

According to Article 10, IX of Law 9,279/96, natural living beings, in whole or in part, and biological material, including the genome or germplasm of any natural living being, when found in nature or isolated therefrom, and natural biological processes are not considered as inventions. This provision is known as the ‘product of nature bar’.

The exclusion of biological material isolated or purified from nature is one of the most controversial and debated provisions of Brazilian Law 9,279/96. The isolation and purification processes are allegedly insufficient for the product to be considered new and different from the one existing in nature. In addition, biological material produced by means of a technical process is not eligible for patent protection in case it has a natural equivalent and from which it cannot be distinguished.

Even in those cases where a particular portion of a larger naturally occurring sequence cannot be found in nature, patent protection for the smaller fragment is not granted. In fact, only those sequences that do not exist in nature may be patented, provided that they meet the patentability requirements.

In view of this, the Brazilian Patent and Trademark Office (BPTO) analyses antibodies as proteins which are not entitled to patent protection if the polypeptide sequence is found in nature or isolated therefrom. In line with this understanding, polyclonal antibodies are excluded from patentability. However, monoclonal antibodies, obtained from hybridoma or genetic engineering techniques are eligible for patent protection. The antibody must be defined through the deposit of biological material or by its specific sequence.

Monoclonal antibodies obtained by genetic engineering techniques (eg, chimeric, humanised and fully human antibodies) must be characterised by the sequence of the variable portion of the antibody and, when applicable, the definition of other elements as the fragment crystallisable portion. It is also possible to specifically define the complementary determinant regions (CDR) of both heavy and light chains. Modifications in antibody fragments, such as in the case of single chain variable fragments, may also be the subject of patent protection.

There have been rapid and significant developments in the biotechnology field, specifically antibodies, meaning that it is difficult for patent offices to follow and update their biotechnology guidelines quickly. In 2019 the BPTO launched a public consultation on the biotechnology guidelines, which is still under discussion. It is a great time to discuss the guidelines regarding the protection of antibodies, which are so restrictive in Brazil, since the protection of an antibody by the deposit of biological material, by its variable sequences or by the CDRs, is often unfair in view of the in-depth analyses and insights concerning the mechanisms of interaction between the claimed antibody and its target.

Besides the facts around the patentability bars, it is of utmost importance to be aware of the practice concerning voluntary amendments, in that the applicant can amend the set of claims up to the filing of the examination request. However, once the examination has been requested, the applicant can only introduce restrictive amendments. In addition to the new independent claims, change and enlargement of the claim scope in relation to the set of claims for which examination was requested are promptly rejected.

For those companies interested in entering the Brazilian biosimilar market, it is vital to conduct a thoughtful and conscientious due diligence process beforehand. The BPTO has been struggling with a huge patent backlog, which has resulted in patents remaining valid in Brazil when they have already expired in other countries. If a relevant patent or patent application is unveiled, it is advisable to present post-grant (nullity request) or pre-grant third-party observation (known as ‘subsidies’), respectively, grounded on a careful patentability assessment (for pending applications) or validity evaluation (for granted patents), in view of Brazil’s unique patent practices. Moreover, a granted patent may be challenged both before the BPTO within a six-month term counted from the grant decision, or before the Brazilian Federal Courts at any time during the life of the patent.

Before addressing the particularities of biologics and biosimilar patent litigation, it is vital to highlight some aspects of litigation in Brazil:

In such a scenario, parties must correctly identify who is the person skilled in the art in order to enable the judge to appoint an expert who meets this qualification – otherwise, the judge may choose someone who is not particularly familiar with a technology that requires a specific skill, especially considering that degrees and CVs may be misleading to laypersons.

For example, although chemical engineers study bioprocesses while at university, it does not mean that they are necessarily familiar with the biotechnology used in the pharma industry. Likewise, pharmacists may have little knowledge on how to develop a monoclonal antibody because their career has focused on small molecules. Therefore, in a case where the court-appointed expert must be familiar with biochemistry of proteins and recombinant DNA techniques, it is important to highlight to the court that the court-appointed expert must have such skills in order to avoid the risk of having a neophyte in charge of conducting a key aspect of the litigation.

In case the court appoints an expert that does not have the necessary skills to conduct the production of evidence, parties may lodge an appeal to have a new expert appointed.

Another relevant topic for parties to consider is the effect of the BPTO backlog. Since patentees only have title and may assert patents only once they are issued by the BPTO, parties may have their ability to prevent the entrance of newcomers hampered by the delay in having applications examined.

Article 44 of the Brazilian Industrial Property Act allows patentees to recoup damages since the publication date of the application once the patent is issued. However, since the issuance of the patent is required to be able file a lawsuit and newcomers drug prices tend to be lower than the price of the innovative drug, the patentee may lose a relevant share of the market in view of the inability to get an injunction to prevent the market entrance of a biosimilar.

Biosimilars may also suffer as a consequence of the backlog, since biologic products generally have a broader patent portfolio than small-molecule drugs. For this reason, some of the relevant patents may still be at examination stage when the active ingredient falls into the public domain.

A way to mitigate the risk and clear the way for the biosimilar is to:

The marketing approval of biologics and biosimilars in Brazil is regulated by Resolution 55 (16 December 2010) – an ordinance issued by ANVISA (the Brazilian federal agency in charge of food and drug administration). For new biological products, the usual pathway, based on a full dossier submitted by the applicant, is required. For similar biological products, the following two regulatory pathways have been introduced:

However, the regulation does not address the matter of interchangeability. Interchangeability is the ability to replace a biologic drug with its biosimilar. This matter was the subject of Explanatory Note 00303/2017/GPBIO/GGMED in 2017, in which ANVISA stated that it is not up to the agency to declare if the biosimilar is interchangeable with the innovator, as interchangeability studies are not mandatory in Brazil. In view of the continued controversy regarding this matter, the note was reviewed in October 2018 and its interpretation of ‘interchangeability’ and ‘substitution’ was clarified by reinforcing that the issue concerns medical practice, which is not considered during the registration procedure.

Investing in Brazil means access to a vast consumer market; however, due to the particularities and complexities of Brazilian patent and regulation environment, biological and biosimilar companies should seek an experienced and knowledgeable firm that can knit together the necessary expertise in patent prosecution, litigation and regulation to develop a strategy tailored to their needs.

Marisa Momoli, biologist and patent specialist, assisted in the preparation of this chapter. 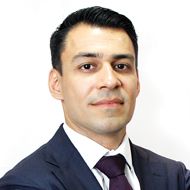 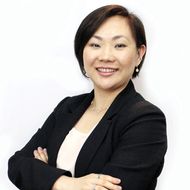 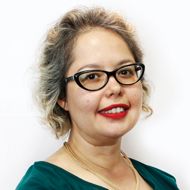