Businesses can reduce the risk of missing out on IP value by outsourcing key functions to specialists, writes Jason Resnick

Although its heyday has passed in the face of ever-advancing mobile technology, Apple’s iPod will surely stand as the most celebrated and successful embodiment of digital music storage. So much so, in fact, that it might be surprising to learn that the original invention was not Apple’s at all.

The first patented personal digital music system was actually developed by an Englishman, Kane Kramer. Patents GB2115996 and US4667088 for a ‘Portable data processing and storage system the size of a credit card and includes magnetic bubble memory which stores three minutes of music’ were issued in 1985 and 1987, respectively. Kramer’s company went on to develop a prototype personal digital music system called the IXI.

The patents were good but, in what could be considered one of the costliest oversights in the history of business, they were allowed to lapse for want of £60,000 in patent renewal fees, at a time when the company had £60 million worth of orders on the books. The technology became public property, Apple developed the iPod, and the rest is consumer history.

Such are the hazards and missed opportunities that can result when a company’s intellectual assets aren’t managed with the utmost care and attention.

Minding the ‘gap’ in the patent world

A very conservative estimate for the cost of drafting and filing either a US or EP application is around $10,000 per filing (this is conservative because it doesn’t take into account international family members, etc). Based on this estimate, the 200,000 applications that are filed in the United States each year that don’t result in a grant equate to $2 billion of unrealised money annually. For the EPO, it comes to another $1 billion annually on drafting and filing applications that will not yield a grant.

This is a combined gap of $3 billion per year. It represents wasted time, effort and money that could be far better invested in productive R&D leading to increased efficiency, faster product development times and better returns for an organisation.

In order for an invention to receive granted-patent status, it must meet the core requirements of a patent. That is, it must be novel, non-obvious and useful. This sounds fairly straightforward, but ensuring an invention meets these requirements requires a good deal of homework.

In the patent world, homework entails a combination of state-of-the-art, prior-art and freedom-to-operate research, as well as competitive landscaping and other strategic approaches that minimise the risk of not being granted a patent and increase the market potential for an invention.

The traditional manner in which this homework has been done is via in-house and outside counsel who collaborate to complete the required due diligence. However, this process can be costly and in the age of downsized departments, maximised efficiencies and profit consciousness, it’s often challenging to meet competing expectations with the available staff.

More frequently, the trend is to outsource certain IP actions to organisations with experts in the IP space. These are professionals skilled in the art of patent research who also have expertise in myriad industries, so they are specialty experts as well. This process is historically known as ‘legal process outsourcing’ (LPO) but has more recently been referred to as engaging the ‘Virtual IP Office’ or VIPO.

The Virtual IP Office is fast becoming the latest business trend in the areas of research, development, innovation and law. In 2012 the UK Law Society estimated the LPO market was worth approximately $440 million, while LPO consultancy Fronterion reported that the Philippines and India alone would generate $960 million in 2015.

The VIPO is a subset of the larger LPO market space, with specialisation in IP matters. Testimonials from clients engaging in this process show the benefits that can be reaped from this service. A large manufacturer of heavy machines saved over $1 million in its first year of engagement on patent drafting costs as a result of the VIPO (based on outside counsel drafting costs of $12,000-$15,000 per patent). A computer networking company saved over $400,000 through targeted knock-out searches that identified prior art and decreased the number of applications filed each year by 10%.

“Outsourcing of certain administrative and even more advanced analytic IP functions has proven to save our clients significant sums of money annually,” says Stuart Recher, vice president of IP Services at Thomson Reuters. “From patent preparation and drafting, to docketing support and claims analysis, utilisation of the Virtual IP Office is a great way to free-up time for more strategic projects for your staff and to maximise efficiencies, while also realising significant cost savings.”

Whatever the need, and in view of market conditions and the growing focus on business transformation, the VIPO is a “very intelligent professional-productivity option”, he adds. 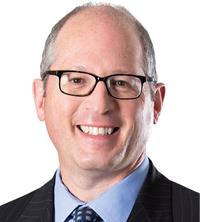