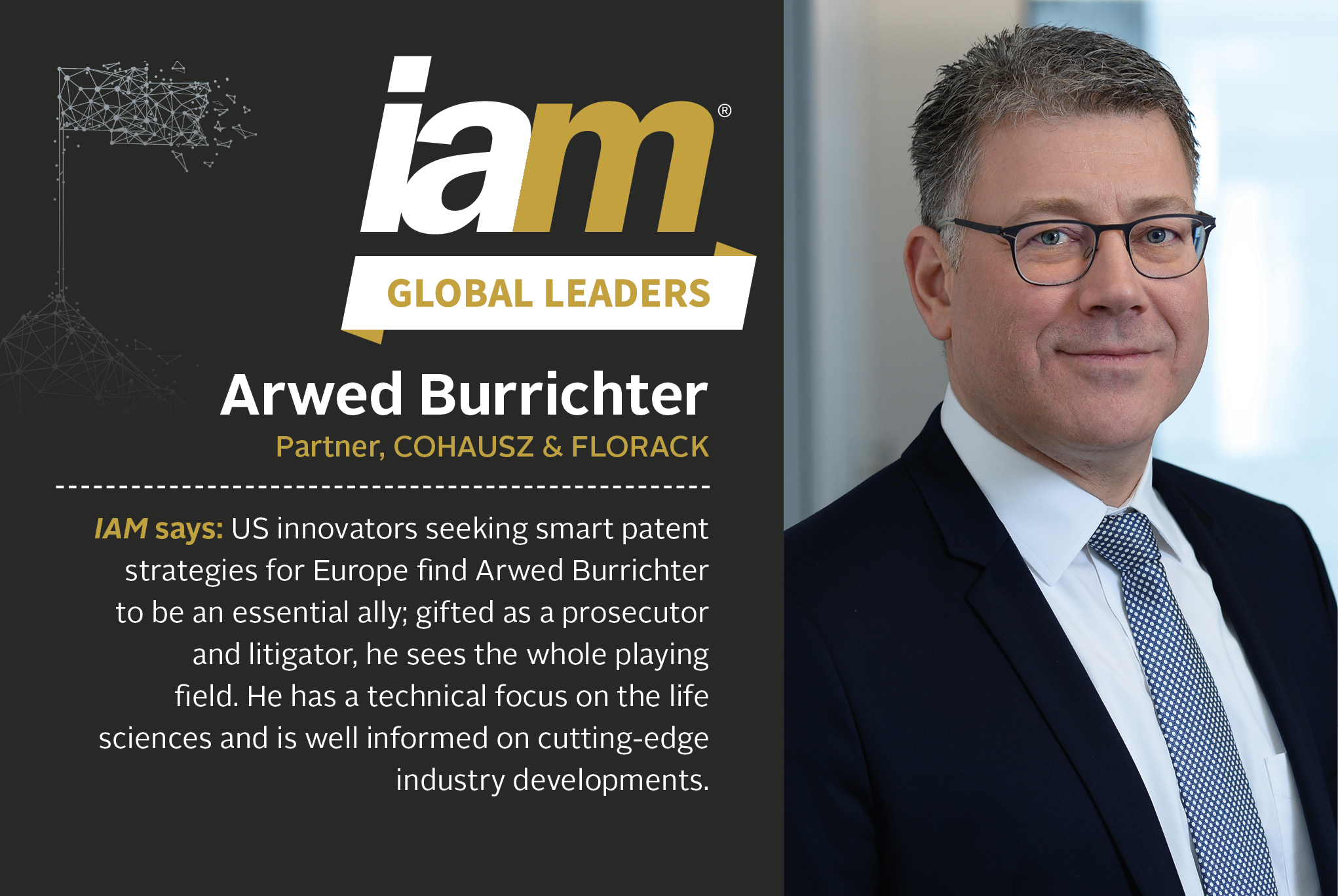 What are the biggest challenges currently facing patent owners in the life sciences sector?

A big challenge is the enforcement of second medical use claims. While pharma companies can rely on an extensive body of encouraging EPO case law regarding the validity of such claims, their enforceability in patent infringement proceedings across Europe is not straightforward and is an ongoing subject of debate. In many European countries, second medical use claims turn out to be toothless tigers when it comes to keeping competitors off the market. Recently, German courts have developed a patentee-friendly approach for enforcing second medical use claims against generic pharmaceutical companies. But there is still a long way to go in other countries.

The EU Regulation on Supplementary Protection Certificates (SPCs) for Medicinal Products has been in force for over a year now. What impact has this had on your practice and the pharmaceutical market so far?

The EU regulation entered into force on 1 July 2019 and introduces an SPC manufacturing waiver for generics exported to non-EU countries, as well as a stockpiling exemption for day-one entry to the EU market. The changes were introduced to boost the competitiveness of Europe’s generics and biosimilar industries so that they could compete with those of India and China. The regulation safeguards SPC holders against abuses of the manufacturing waiver. It remains to be seen what practical effects the regulation will have on the pharmaceutical market, but experts believe that it will have little impact on the global generics and biosimilar market.

Proposed reforms to the German Patent Act aim to speed up nullity actions and streamline them with infringement proceedings. How necessary is this and do the proposals go far enough?

Germany has a bifurcated patent litigation system with patent infringement and patent invalidity proceedings handled by different courts. Ideally, these proceedings should run at the same speed. However, the infringement court is usually ahead of the patent court, which can lead to a situation where an injunction is issued against a defendant before the patent court has decided on the patent’s validity (the so called ‘injunction gap’). This can put enormous settlement pressure on the defendant. The proposed reforms aim to create a more balanced situation by speeding up invalidity proceedings. While the patent court has already enhanced the speed of these proceedings, there is still room for improvement. To achieve this, and to maintain the high-quality standards of the court, we must increase the number of patent judges at the court, which politics has failed to do over the past decade.

What are the most common mistakes that US companies tend to make before the EPO?

The EPO is much stricter than the USPTO when it comes to allowable claim amendments and added matter. Amending claims during prosecution in a manner that introduces added matter is dangerous because it risks the patent being revoked in EPO opposition proceedings. For this reason, a proposed claim amendment that works at the USTPO may not work at the EPO. Applicants should take this into account when drafting the patent application and apply a filing strategy that accommodates both US and EPO style practice in this regard. In addition, many of our US clients seek strategic advice on which specific data to include in the first filing when drafting the application text.

There is a strong political drive in the European Union to get the UPC up and running even without the participation of the United Kingdom, and the German government seems keen on remedying the formal defects found by the German Federal Constitutional Court by passing new legislation. Given the history of the project, I would not bet on the UPC being created in the next few months. However, I hope that it will be created in the foreseeable future – say within the next five years. Once adopted, the unitary patent and the UPC will bring significant changes to the patent system in Europe. Under the new system, users will be able to choose between the existing European patent (bundle patent) and the new European patent with unitary effect (unitary patent). Each option has pros and cons and users will need to choose what best suits them. Even if both systems coexist for a while, the UPC is expected to significantly harmonise patent law in Europe, which has long been needed.

Arwed Burrichter is a European and German patent attorney. He obtained a PhD in chemistry from the University of Southern California, Los Angeles, under the guidance of Nobel Laureate Dr George Olah. Dr Burrichter has a substantial track record in EPO opposition and nullity cases. He maintains an extensive patent prosecution docket for his clients and advises on strategic IP decisions. He has authored numerous articles and co-authored a textbook on European patent proceedings.