Amendments to Patent Act and other IP laws on the way 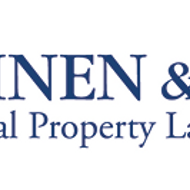 After the 2009 reform of the nullity and nullity appeal proceedings, the long-awaited next amendment to the Patent Act is expected to be proclaimed shortly. New rules regarding electronic file inspection will enter into force on the day after proclamation, whiled the remaining rules will enter into force on the first day of the sixth month after proclamation.

The new law will make procedures more efficient and transparent for both users and the German Patent and Trademark Office (GPTO). It also aims to align the GPTO's procedures with those at the European Patent Office (EPO).

The most important changes will be:

According to the existing law, it is possible to apply for a so-called 'patent of addition' under Section 16 of the act if the invention relates to the improvement or further development of a first-patented invention. The term of such a patent of addition ends at the same time as the term of the patent for the first invention. No renewal fees need be paid for a patent of addition. Under the new law, patents of addition will be discontinued – such patents require major administrative effort, but applicants apply for them in only a limited number of cases.

Under the new law, electronic file inspection will be available not only for patents, but also for utility models, trademarks and designs.

In addition, oral proceedings in opposition proceedings will generally be public, in contrast to the present situation. However, oral proceedings shall be kept private at the request of a party if such party can show a legitimate interest in excluding the public. This new rule is in line with EPO practice.

Another adaptation by the GPTO to EPO practice is the introduction of a preliminary opinion on patentability to accompany the search report. To compensate for the additional work to be done by the examiners, the lack of unity objection may be raised during the search. In case of lack of unity, the GPTO will search only the invention first mentioned in the claims. In contrast to EPO practice, the applicant need not respond to the preliminary opinion. Accordingly, the new search report including the preliminary opinion will be an interesting way for the applicant to assess its chances of success without having to initiate the examination procedure. While any third party can file a request for examination, only the applicant can file a request for search under the new law. The search fee will increase from €250 to €300 under the new law.

Another important change in the law relates to the hearing during the examination procedure. While such a hearing is at the discretion of the examiner under the existing law, the new law will make a hearing mandatory at the applicant's request.

Patents, Europe, Germany
Back to reports