Two of the biggest names in the IP market have joined forces. Intellectual Ventures co-founder and former VP of patent licensing, strategy and litigation at Intel, Peter Detkin, has today become a senior adviser at Sherpa Technology Group, the strategic IP consultancy among whose managing partners is Rembrandts in the Attic author Kevin Rivette. Sherpa was previously known as 3LP Advisors.

At the end of 2014, IAM revealed that Detkin was to reduce his IV commitments, so that they would take up around 50% of his working life. Despite today's news that split continues to apply. Indeed, the hook-up with Sherpa actually springs from Detkin's activities since scaling-back his IV caseload. “Although I am still spending up to half my time on IV matters, I have also been advising both start-ups and larger companies on issues relating to IP strategy,” he explained. “While I can usually handle the start-up stuff myself, for larger organisations I have needed support and was turning to Kevin and 3LP for that; so it made sense to join forces.”

For IP Hall of Famer Rivette, who was VP of IP strategy at IBM from 2005 to 2007, the skill-sets rights owners require of their outside advisers are changing as IP issues move up the corporate ladder: “It’s not just about focusing on monetisation anymore,” he states. “Instead it is a lot more nuanced than can we sue or sell.” The ability to be able to see a problem in the round is absolutely key, he explains: “You have to be able to look at a company’s position in the industry, what deals might be doable, whether it owns the right assets, how any actions might affect the supply chain and so on.” But more than that, he continues, it is vital to be able to communicate effectively inside an organisation and understand how a strategy might have an impact on different stakeholders within it, such as the heads of business units and the owners of particular royalty revenue streams.

Rivette commented that back of the envelope calculations the pair have done show that between them he and Detkin have been involved in IP-related deals with a total value of more than $5 billion. More important than that, though, is the experience they have gained working in the corporate worlds, on transactions and in consultancy. This allows them to identify potential roadblocks to the implementation of an IP value creation strategy and so to tackle them before they become significant problems. “Others can speculate on the correct solutions, but Kevin and I have been there and done it,” Detkin commented.

Of course, they would say that wouldn’t they? But that does not mean it is not true. Today’s announcement looks very like the news we covered in early December when we revealed that Dan McCurdy was leaving RPX to join Quatela Lynch; and it says to me that IP really is becoming a boardroom issue - one which requires business-focused solutions delivered by people who understand the dynamics of high-level decision-making and are comfortable working at the very top of major companies, as well as with c-suite executives. Big companies call in consultants to help them with all kinds of issues all of the time, and they have certain expectations of those they hire with regards to knowledge, experience, insight and capacity. That this is now beginning to happen with IP is another big step on the road to the mainstream that should be unequivocally welcomed. 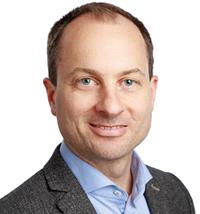