Obtaining and enforcing patents in Asia has never been more important for global technology companies. The top IP advisers from around the region give the inside edge on key jurisdictions

In recent years the patent world’s centre of gravity has shifted significantly toward the Asia-Pacific region. Fast-growing economies there have become crucial commercial markets in industries ranging from consumer goods to life sciences. East Asian countries remain innovation powerhouses, boasting some of the world’s largest patent portfolios – but start-ups from elsewhere in the region are quickly making up ground.

China exemplifies the sea-change in Asian intellectual property. Although it is a relative newcomer to IP law, no country issues more patents each year and the China National IP Administration shows no signs of slowing down. As they increase in sophistication, the domestic firms powering this revolution are increasingly making their mark overseas. China is also gaining favour as a patent litigation venue.

Jurisdictions that have been innovation leaders for some time – such as Japan, South Korea and Taiwan – all have an increasingly global outlook. South Korea recently established international divisions within key patent courts, allowing patent disputes involving foreign parties to be litigated entirely in English. Further, Japan has recently opened a FRAND-focused arbitration hub, which it hopes will attract foreign parties as a dispute resolution venue.

Elsewhere, new battlegrounds are emerging in the developing markets of South and Southeast Asia. India has become a flashpoint for high tech and life sciences, recently playing host to big-ticket FRAND disputes. The burgeoning smartphone ecosystems of India and the major Southeast Asian countries are crucial to firm growth for key mobile makers, especially Chinese start-ups. Both Singapore and Malaysia have positioned themselves as leaders in IP finance and are seeing an increasing amount of domestic innovation.

IAM has reached out to leading patent practitioners in Asia’s major jurisdictions to answer key questions in the Patents in Asia supplement that follows. Given the pace of change in this region, chief IP officers will find plenty of new information in each of these guides. 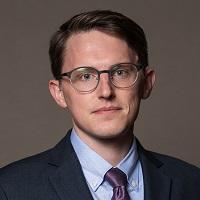