Thanks to government initiatives such as the Digital India and Make in India campaigns, entrepreneurship, manufacturing and investment are new buzzwords in the Indian business vocabulary. While these campaigns are designed to create a welcoming environment for foreign conglomerates seeking to manufacture and invest in India, foreign players remain concerned about IP rights protection in the country. One issue on which questions continue to be asked is the patenting of computer-related inventions.

The first reference to computer-related inventions in Indian patent law came with the tabling of the Patent (Second Amendment) Bill in Parliament in 1999. This bill was subsequently referred to a joint parliamentary committee, constituted on December 22 1999. Section 3 of the Patent Act comprises a list of creations that are not regarded as inventions and are hence unpatentable. The committee recommended a modification in Section 3(k) of the bill to insert “per se” into the phrase “a mathematical or business method or a computer programme or algorithm”. Hence, under Section 3(k), “a mathematical or business method or a computer programme per se or algorithm” would be unpatentable.

The committee clarified that the phrase was being inserted to ensure the patentability of inventions relating to computer programs that may include other things “ancillary thereto” or “developed thereon”. The committee further clarified that the intention of its recommendation was not to reject the patentability of computer-related inventions as such, but to distinguish them from the underlying computer programs – that is, not to deny the grant of patents for software inventions, but to identify and deny patent applications for computer programs only. The committee’s recommendations became law with the Patents (Amendment) Act 2002.

In 2004 the government attempted to pass the Patents (Amendment) Ordinance 2004 in order to clarify the scope of software patenting. The ordinance was intended to amend Section 3(k) to read “a computer programme per se other than its technical application to industry or a combination with hardware”, thus allowing the patenting of computer programs with industrial application that were used in combination with hardware. However, strong parliamentary opposition led to the ordinance being abandoned.

The next major development regarding computer-related inventions took place in 2013, when the Office of the Controller General of Patents, Designs and Trademarks issued draft guidelines for examining computer-related inventions and invited suggestions from industry experts. The 2013 draft computer-related invention guidelines defined the term ‘technical effect’ as an extension of the term ‘technical advancement’, which is a requirement of patentability under Section 2(1)(ja) of the Patent Act 1970. Section 2(1)(ja) states as follows: “‘Inventive step’ means a feature of an invention that involves technical advance as compared to the existing knowledge or having economic significance or both and that makes the invention not obvious to a person skilled in the art.”

If a computer-related invention offered a technical advancement over conventional methodologies, the invention would be patentable.

The 2013 draft computer-related invention guidelines received criticism from many patent practitioners, who argued that the guidelines were drafted in the negative (ie, they provided only exclusions from patentability) and none of the examples indicated how computer-related invention patent applications would be granted. For example, the US-India Business Council argued that the exceptions in Sections 5(4)(5) and 5(4)(6) were too absolute and did not take into account the requirements of technical effect and technical advancement defined under Section 3(15). It further argued that there were “a number of these negative illustrations but no illustration that clearly explains what constitutes patentable subject matter under the interpretation of subsection (k)”.

Patentability of computer-related inventions since 2013

The Delhi High Court asserted that Sections 3(k) and 3(m) were added by the Patents (Amendment) Act. It further held as follows: “In fact when this bill was referred to the Joint Parliamentary Committee, it was suggested by various experts and stake holders that India should follow the EU/UK route and not completely exclude computer programs from patentability.”

Before ruling, the Delhi High Court reviewed the position of computer-related invention patent applications in other jurisdictions, including the ruling of the European Technical Board of Appeals in VICOM Systems Inc (T 208/84). The decision differentiated between mathematical methods and technical processes. It stated that “a mathematical method… is carried out on numbers… and provides a result also in numerical form” and hence “no direct technical result is produced by the method as such”. In contrast, “if a mathematical method is used in a technical process, that process is carried out on a physical entity” which results in “a certain change in that entity”.

The court additionally reviewed computer-related inventions in the United States, specifically citing Alice Corp v CLS Bank International. The court observed that, as per Alice, “if there are improvements to technical fields or to the functioning of the computer they can be granted patents”. It stated that Alice had introduced to US patent proceedings a similar test to the EU/UK test for technical contribution.

The Delhi High Court concluded that it appears “prima facie that any invention which has a technical contribution or has a technical effect and is not merely a computer program per se as alleged by the defendant and the same is patentable”.

The decision suggests that computer-related invention patent applications that can prove technical contribution or technical effect are patentable in India. This is in line with the position in other jurisdictions, especially the United Kingdom and the European Union.

In August 2015, after the Delhi High Court’s decision, the Office of the Controller General of Patents, Designs and Trademarks released revised draft computer-related invention guidelines. In contrast to the 2013 version, the new draft guidelines offered positive examples of patentable subject matter. Further, the guidelines provided a methodology for examiners to determine technical advancement in computer-related invention applications.

However, a group of civil society organisations, industry representatives and academics – led by non-governmental organisation the Software Freedom Law Centre (SFLC) – criticised the 2015 guidelines as impeding the development of start-ups in India. In a September 15 2015 letter to the Prime Minister’s Office, the SFLC asserted that the new guidelines cited methods of encoding, decoding, encryption, decryption and simulation through mathematical formulae as patentable examples, stating that this “effectively negates the intent of Section 3(k), as it enables the patenting of mathematical methods that are claimed citing a technical application” (“Concerns over the Guidelines for Examination of Computer Related Inventions (CRIs)”, available at http://sflc.in/).

If the same concept is applied to physical entities (eg, electrical signals or messages or image data), it can be observed that methods of encryption and decryption change the form of these physical entities. Further, in certain scenarios the processes by which hardware interact with each other can be modified to support the methods of encryption and decryption. Indeed, on this subject the SFLC letter argued that a “novel computer program with known hardware, which goes beyond the normal interaction with such hardware and effects a change in the functionality and/or performance of existing hardware” would be patentable under Section 3(k).

The SFLC letter is self-contradictory. On one hand, it recommends that encryption and decryption should not be patentable. However, encryption and decryption can also involve modification of physical entities. The SFLC letter simultaneously (and contrarily) argues that methods which go beyond normal interactions with hardware may be patentable. The letter also contradicts the decision of the Delhi High Court and, arguably, the legislative intent of the joint parliamentary committee in inserting Section 3(k) into the legislation. Despite this, within a week of the letter being sent, the Department of Industrial Policy and Promotion, Ministry of Commerce requested the controller general of patents to re-examine the 2015 draft guidelines and take appropriate action on the matter. Subsequently, the Office of the Controller General of Patents, Designs and Trademarks retracted the 2015 draft guidelines and issued revised final guidelines in February 2016. The 2016 guidelines laid down a three-step test to determine the patentability of computer-related invention applications, under which the examiner of a computer-related invention must:

The requirement to include novel hardware could have a significant impact on computer-related invention patents. Some applications in the prosecution stage are already facing problems. For instance, the controller deciding on Microsoft’s pending Patent Application 1500/DEL/2003, relating to an improved protocol for communication between server and client, ruled that the “change in the protocol on the previously used protocol is essentially a change in the software program and the effect of that change is also limited to that software only”. Further, since “no novel or specific hardware” was used to implement the method, the contribution was ruled to lie “solely in the computer program”. Despite accepting the fact that the change in protocol led to the technical advancement of reduced processing time, the controller refused to remove the objection under Section 3(k), since no hardware component was mentioned in the claims.

The 2016 computer-related invention guidelines appear to disregard the decision of the Delhi High Court in Ericsson, as well as the intention of the joint parliamentary committee in endorsing the amendment to Section 3(k) in the Patent Act. The new guidelines may discourage software companies from investing in India, since a major chunk of their patent portfolios could be unpatentable in the country. In the long run, with no patent protection for these portfolios, a surge in software piracy may also result. 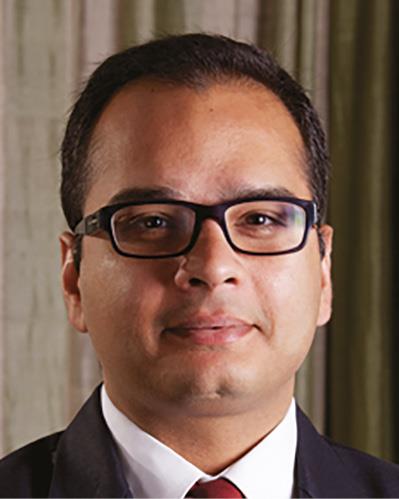 Essenese Obhan is the founding partner of Obhan & Associates. An IP attorney and patent agent with a degree in mechanical engineering, he has extensive expertise in the mechanical, industrial, software and telecoms sectors. Mr Obhan regularly advises clients – which include Fortune 500 companies, as well as some of India’s leading businesses – on IP strategy and portfolio management. He has extensive experience in drafting and prosecuting patents, and also focuses on patent litigation and opposition proceedings before various courts, the Patent Office and the Intellectual Property Appellate Board. Mr Obhan is a frequent speaker on patent protection and enforcement issues in India and abroad. 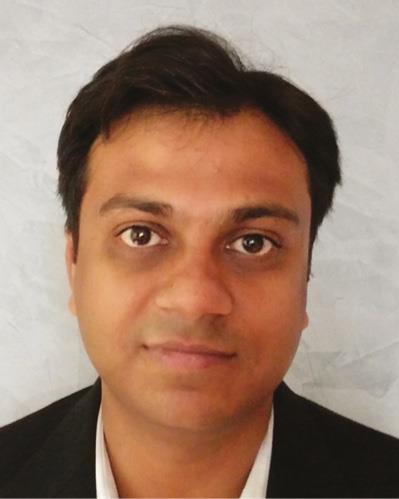 Pankaj Garg is a senior associate at Obhan & Associates. He graduated with a BE in mechanical engineering from Thapar University, India. His areas of expertise include patent drafting and patent analytics in various domains, including the automotive sector, consumer goods, automation and gas turbines. 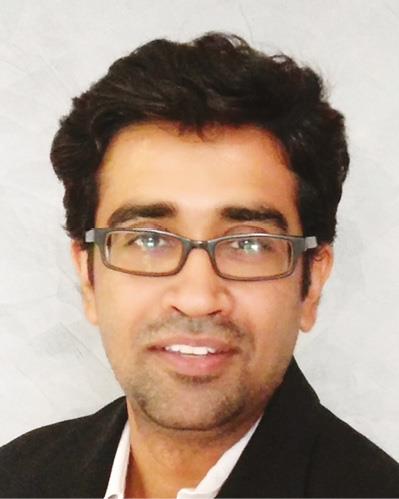 Ujjwal Kapoor is an associate at Obhan & Associates. He has a bachelor’s in electronics and communications engineering from Guru Gobind Singh Indraprastha University and a master’s in control engineering from Netaji Subhas Institute of Technology, Delhi. He drafts and prosecutes patent applications in domains including electronics, very-large-scale integration, telecommunications, mechanical engineering, cloud computing and machine learning.