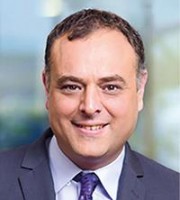 Mr Markovich has made numerous appearances in IP disputes before the Israel Patents, Designs and Trademarks Office, arbitration tribunals and the entire range of Israeli civil courts, including the Supreme Court. His appearances were made for various matters, including civil proceedings involving temporary injunctions, seizure orders, oppositions and applications for cancellation, private criminal complaints and administrative actions. He has also published many articles on various IP matters, one of which was cited and followed in a recent Israeli Supreme Court decision.

Mr Markovich has been involved in drafting laws in the IP field which have recently entered into force. He has also been involved in setting out regulatory matters. Most recently, he helped lead towards the setting of a precedent regarding the expansion of the protection period for biological pharmaceuticals on behalf of a well-known international pharmaceutical company.

Mr Markovich is the chair of the Intellectual Property Committee of the Israel Bar Association and lectures in some of the country’s leading universities.