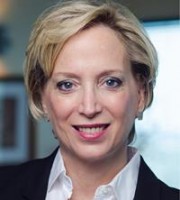 Yael Baratz is a senior partner and chair of the corporate and licensing group at Pearl Cohen Zedek Latzer Baratz’s Tel Aviv office. With expertise in the full range of cross-border corporate transactions, particularly in the high-tech and biotech industries, Ms Baratz advises global leading entities and influential individuals on a broad range of corporate and commercial matters, including cross-border mergers and acquisitions, internal and external investment rounds, technology licensing and other collaborations and non-dilutive financing (including grants from the Israel Innovation Authority, previously known as the Office of the Chief Scientist of the Ministry of Economy).

Ms Baratz is considered to be one of Israel’s leading lawyers on the subject of university licensing and counsels many of the country’s leading research institutions. She also has vast experience in international joint ventures and representing foreign contractors in teaming with local companies in bidding and carrying out large public infrastructure projects. Her clients include Israeli and foreign publicly traded technology and bio-technology companies, university and hospital technology transfer offices, large infrastructure contractors and start-ups.

Ms Baratz is considered a prime resource for legal advice and an expert on cross-border transactions. She has been named by global directories, including Who’s Who Legal and LMG Life Sciences, as a leading attorney in the life sciences sector.