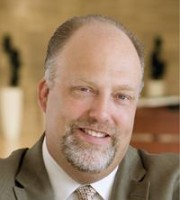 William A Munck is the managing partner of Munck Wilson Mandala (MWM) and chairs the firm’s IP section. He is considered one of the leading IP authorities in North Texas and leads one of the strongest and most reputable IP teams in the Southwest. In addition to representing global clients in high-tech and defence, Mr Munck and his team represent start-ups, small-caps and privately held companies in all areas of technology and business.

Mr Munck began his career with a full-service Texas-based law firm and a prominent New York IP litigation boutique. Prior to his legal career, he worked as a lead software engineer and project manager with Axiom Systems Inc in New York, where he managed a design team responsible for developing an industrial laboratory control system. He has been with MWM since 1997 and grew the firm from six to more than 70 attorneys over the past two decades.

Under Mr Munck’s leadership, MWM has expanded its national presence to the West Coast through the acquisition of a Los Angeles IP boutique and expanded practice capabilities in complex litigation, education law, sports law, real estate and cannabis law.

Winning frequent accolades, Mr Munck was named a Diversity and Inclusion Champion in 2020 by Texas Lawyer magazine and the firm was honoured as Litigation Department of the Year in general litigation that same year. Mr Munck is listed among the prestigious Dallas 500 by D CEO Magazine, and MWM ranks as one of the largest patent law firms in North Texas annually by the Dallas Business Journal. Mr Munck holds BS and MS degrees in computer science, electrical engineering and mathematics, and he is honoured as a Distinguished Alumnus by his law school, the Maurice A Deane School of Law at Hofstra University.