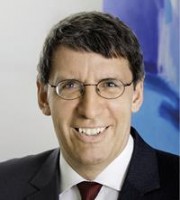 Ulrich Blumenröder was admitted to the Bar in Germany in 1992. He gained a PhD from the University of Salzburg and an LLM from the Dickinson School of Law of Pennsylvania State University. He became a partner of Grünecker in 1995.

Mr Blumenröder counsels in all fields of intellectual property, with a special focus on IP litigation and, in particular, patent litigation. Among his clients are small and medium-sized companies, as well as multinational groups mainly from Europe, Japan, the United States and China. These cases often result in multi-jurisdictional litigation procedures. His practice also includes pre-trial counselling. In addition, Mr Blumenröder has negotiated licence agreements all over the world.

Mr Blumenröder regularly publishes on IP matters. He also gives lectures on problems and questions regarding the German and European patent system, including – more frequently of late – the forthcoming UPC system.