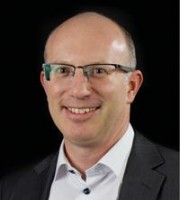 From the moment he met representatives of the Swedish Patent Office at a student fair, Tommy Somlo was determined to work in the field of intellectual property. He started his career as a patent examiner in 1996, but his reputation for efficiency and dedication soon led to being recruited by a private practice firm. Mr Somlo was early on given the trust and responsibility to develop the relationship with one of the firm’s largest clients, which he did successfully, building a lasting association from which the firm still benefits.

In 2004 Mr Somlo moved to a big pharmaceuticals company where, as a senior patent attorney, he was responsible for the medical devices’ intellectual property. In addition to handling the company’s largest set of IP rights, including worldwide patent and design rights, he was involved in a plurality of due diligence exercises in connection with mergers and acquisitions. It was during that time that Mr Somlo became fascinated by the excitement and challenges of oral proceedings before the EPO.

After four years in the pharma industry, Mr Somlo returned to private practice, where he expanded his experience and skills in opposition and appeal cases, as well as oral proceedings, and was repeatedly asked to support attorneys of other offices of the firm. In parallel with cases before the EPO, Mr Somlo was frequently involved in numerous third-party issues, including infringement and validity analyses, and litigation support.

Mr Somlo is a recurrent lecturer for various parts of the course titled “Patent and Innovation Engineering” at the University of Gothenburg and Chalmers University of Technology.