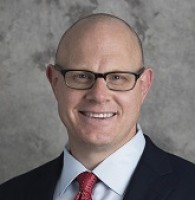 Todd W Mensing focuses on complex commercial litigation. Having tried more than 50 cases, Mr Mensing is board-certified in civil trial law by the Texas Board of Legal Specialization, a distinction reserved for Texas trial lawyers with a high degree of trial experience and expertise. During the past ten years, an average of fewer than ten attorneys per year statewide has earned the distinction. He is recognised among the top lawyers in the United States for commercial litigation and construction litigation in The Best Lawyers in America. Mr Mensing is also recognised in the area of Texas General Commercial Litigation in the 2014-2020 editions of Chambers USA: America’s Leading Lawyers for Business published by London-based Chambers and Partners. He earned the highest possible AV Preeminent rating based upon peer reviews from Martindale-Hubbell. He has also been elected to the prestigious American Board of Trial Advocates (ABOTA), an elite group of the country’s leading trial lawyers.

Mr Mensing has tried cases in virtually every arena, including in the areas of complex commercial litigation; intellectual property and trade secret disputes; executive employment claims; catastrophic personal injury cases; as well as white-collar criminal defence matters. Mr Mensing has been named one of the top 100 lawyers in Texas and Houston in the annual Texas Super Lawyers. He was put on the Super Lawyers list in only his fifth year of practice and was one of the youngest attorneys in Texas to be named to the list. The IAM Patent 1000 ranked him as a leading Texas patent litigation litigator in 2020.

Prior to joining Ahmad, Zavitsanos, Anaipakos, Alavi & Mensing PC, Todd graduated with honours and in the top ten per cent of his class at the University of Texas School of Law. He obtained his undergraduate degree with honours from Stanford University.