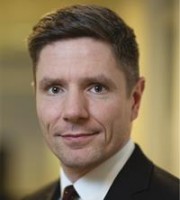 Tobias J Hessel was admitted to the Bar in 2009. He advises and represents clients in all IP-related matters, with a strong focus on patent litigation.

Mr Hessel works for national and international clients in various industries (automotive, pharma, semiconductors and telecommunications), which oftentimes makes the coordination of lawsuits in multiple jurisdictions necessary. His expertise is not limited to the coordination of patent cases pending in different jurisdictions: he also advises clients on the interface between patent and antitrust law (eg, relating to FRAND defences and licensing of SEP portfolios).

Over the recent years, Mr Hessel has represented client in numerous infringement cases before German regional courts (mostly Mannheim/Karlsruhe and Dusseldorf, both at first and second instance). In parallel, he handled nullity actions before the Federal Patent Court and the corresponding appeal proceedings before the Federal Court of Justice.