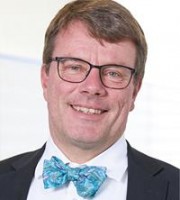 Thorsten Bausch is partner and co-chair of HOFFMANN EITLE’s chemistry group. He specialises in chemical patents, with a partic­ular focus on cross-border and national litiga­tion as well as legal opinions. He is involved in opposi­tion and appeal proceedings before the European and German Patent Offices and nullity actions before the Federal Court of Justice and the Federal Patent Court. Dr Bausch has partic­ular expertise in the fields of pharmaceuticals, immunology, polymers and construc­tion chemistry and has been involved in litiga­tion with pharma­ceu­tical patents, including those concerning fulvestrant, donepezil, oxycodone, anastro­zole, tramadol, panto­pra­zole, silde­nafil, cyclosporin A, lamot­rigin, calcipotriol and meman­tine, as well as with patents covering diagnostic immunoassays and retroreflective sheetings. He was involved in the Decision G 1/99 concerning the prohi­bi­tion of refor­matio in peius in the European Patent Office and the Polife­prosan/Massa­chu­setts Insti­tute of Technology (MIT) decision of the European Court of Justice in a supplementary protection certificate matter.

Dr Bausch is the editor of German Patent Nullity Cases, which is a collec­tion of the decisions in patent nullity matters from the German Federal Patent and Supreme Courts. He contributes articles on German and European patent law for the German Association for the Protection of Intellectual Property and Patents & Licensing. Dr Bausch frequently presents at conferences in and outside of Germany on patent law subjects. He is a regular contributor to the Kluwer Patent Blog.

He studied chemistry at the Univer­sity of Wurzburg, the Technical Univer­sity of Munich and at MIT. He gained the faculty award of the Univer­sity of Wurzburg in 1984 and received scholar­ships from the German National Academic Foundation, the Chemical Industry Trust and the Ernest Solvay Founda­tion. He joined HOFFMANN EITLE in 1992, qualifying as a German patent attorney in 1995 and as a European patent attorney in 1996. He has been co-leader of the firm’s chemistry group since 2009.

In addition to being fluent in English and German, Dr Bausch speaks French and Italian.