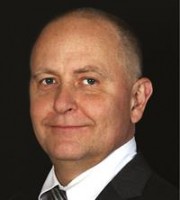 Thomas Sundien is a European patent and design attorney with strong expertise in the fields of mechanical and structural engineering. Mr Sundien also frequently acts as a judge in patent-related matters for the Danish Maritime and Commercial Court and as a court-appointed technical expert in patent infringement and validity matters.

Mr Sundien has a strong focus on creating customised product protection strategies in the cross-fields of patents, utility models and design rights. He is widely known and respected for his meticulous and high-quality work and for his ability to understand clients’ business needs.

His extensive experience has made him a popular choice for mechanical engineering assignments, and he has represented a long line of prestigious domestic and international clients. His long IP career started in 1988, when he first worked as a patent examiner at the Danish Patent and Trademark Office. In 1993 he became in-house patent counsel of a major industrial corporation. In 1994 he moved to private practice, qualifying shortly after as a European patent attorney and then as a European design attorney. He also has a university diploma in patent litigation from the University of Strasbourg.

With more than 33 years working with IP matters, Mr Sundien has gained extensive experience drafting robust applications for patents and for design registrations. At the same time, he has become especially skilled in EPO and USPTO patent prosecution matters, including the prosecution of cases before the EPO’s opposition and appeal boards.

Mr Sundien is regularly involved in domestic and foreign patent infringement litigation, as well as in patent licensing matters. In his home country of Denmark, he has represented the winning party in several high-profile Supreme Court cases – notably PowerStow v RASN A/S, in which the strategic potential of Danish utility models was affirmed.