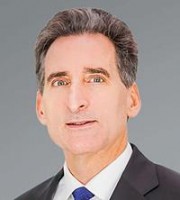 Steven Garland has over 25 years of trial and appellate experience in IP litigation. He has appeared as counsel before the Supreme Court of Canada, the Federal Court and Federal Court of Appeal, appellate and trial courts for the provinces of Ontario, British Columbia, Alberta, and Nova Scotia, and the Patent Appeal Board and the Trademarks Opposition Board. Mr Garland has acted in patent matters that have involved a wide variety of subjects, including chemical, electrical, biochemical, pharmaceutical (including proceedings under the Patented Medicines (Notice of Compliance) Regulations), biotechnological, telephony, mechanical and computer/internet subject matter.

In numerous surveys, clients and colleagues have called Mr Garland “an exceptional litigator” and “among the best”. His victory for the Dow Chemical Company netted the largest reported award in a Canadian patent infringement case on infringing revenues of approximately C$1 billion dollars. In 2018 he was named Lawyer of the Year in Best Lawyers in Canada and in 2013 he was voted Canada’s Trademark Litigator of the Year by Benchmark Canada.