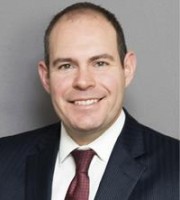 Stanley Fisher is a trial lawyer and counsellor who focuses his practice primarily on issues that affect technology companies in the biopharmaceutical, chemical, diagnostic, mechanical and electronic sectors. Mr Fisher has tried numerous cases before judges and juries in federal and state courts, before arbitration panels and in the PTAB on behalf of many of the world’s largest biopharma, medical device and high-technology companies in litigation involving patent, Food and Drug Administration and antitrust disputes and issues, as well as matters involving contracts, licensing and business torts. He also has an active practice litigating trade secrets, trademarks and copyright.

IAM Patent 1000 recognised Mr Fisher as a “Leading Patent Litigation Attorney” in its 2020 edition. The publication noted that he has “broad horizons as a trial lawyer and litigates with confidence and poise in diverse technical fields, across all areas of intellectual property and in regulatory, antitrust and contract disputes”. Mr Fisher is a recent past president of the Giles S Rich American Inn of Court, the Intellectual Property Inn of Court in Washington DC generally affiliated with the US Court of Appeals for the Federal Circuit.

Mr Fisher serves as professorial lecturer in law at The George Washington University Law School, where he teaches chemical and biotech patent law, a course focused on patent, regulatory and antitrust issues arising in Hatch-Waxman, Biologics Price Competition and Innovation Act and other pharmaceutical and biotechnology patent matters.

Mr Fisher received his BS in molecular biophysics and biochemistry from Yale College in 1997 and his JD from The George Washington University Law School in 2004, where he graduated with highest honours and served as editor in chief of The George Washington Law Review. He joined Williams & Connolly in March 2006 after clerking for Judge Richard Linn at the US Court of Appeals for the Federal Circuit.