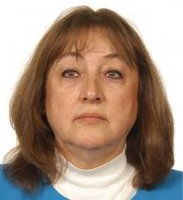 Born in Istanbul to a diplomat father, Selda Arkan also grew up in Cyprus, Mexico and Germany. This helped develop her language skills – she is fluent in Turkish, English, French, German and Spanish, has a good level of Italian, Dutch and Portuguese, and some knowledge of Japanese.

Ms Arkan obtained her BSc in chemistry from the Middle East Technical University in Ankara in 1981 and did postgraduate studies on polymers at the Faculty of Sciences at Brussels Free University (ULB).

Ms Arkan entered the IP world in 1985 in a private practice firm in Belgium where she worked until 1992. She then joined an IP firm in Istanbul in 1993 and qualified as a chartered patent and trademark agent in 1996 with the first-ever examination before the Turkish Office.

In 1997 Ms Arkan founded ALFA PATENT, a small but dynamic firm specialised in obtaining, maintaining and enforcing patents, trademarks and registered designs. She let ALFA grow and in 2018 merged with STAN ADVOKA to cover a wider range of technical domains.

Also in 1997, Ms Arkan became the first qualified European patent attorney in Turkey. Upon accession of Turkey to the EPC in 2000, she served as epi council member (2000-), board member (2000-2017) and vice president (2008-2011). The EPO Administration Council elected her to the Disciplinary Board of Appeals for a term of five years (2018-2023). For many years, she has also coordinated the organisation of courses for the Centre for International Intellectual Property Studies in Istanbul.