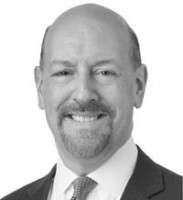 Scott Weingaertner has focused s on the litigation and trial of complex technology and life sciences IP disputes, as well as on related strategy and counselling, for more than 25 years. He has led teams in high-stakes cases involving medical devices, smart phone operating systems, search engines, network security systems, memory modules, automotive systems, and other technologies, and has considerable experience in the litigation of biosimilars cases.

Mr Weingaertner currently serves as lead trial counsel in one of the largest medical device cases in the United States. He led the team that served as co-counsel in one of the largest and best-known patent cases in recent years, successfully fending off multiple patents and a multi-billion damages demand against a well-known mobile phone operating system, scoring a successful jury verdict on all asserted patent claims, which was not appealed. He served as trial counsel on behalf of one of the world’s leading computer companies, winning a jury verdict and judgment as a matter of law of non-infringement, affirmed on appeal. In addition to his appearances in district courts across the country, Mr Weingaertner is experienced before the Patent Trial and Appeal Board of the USPTO, as well as in international and domestic arbitration of IP-intensive commercial disputes. As co-lead counsel he prevailed on behalf of a European-based company in multi-year London arbitration and related US district court litigation with one of the largest US technology companies in a case concerning FRAND royalties.

Mr Weingaertner and his team were awarded Managing IP Law’s Milestone Case of the Year. He is ranked as a leading practitioner by Best Lawyers, IAM Patent 1000, IAM Strategy 300 and other directories.