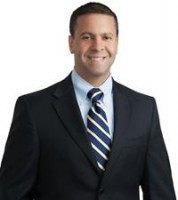 Prior to joining private practice, he worked as an electrical engineer with Signal Transformer Co Inc in Inwood, New York, from 1990 to 1998.

Mr Tamburo attended St John’s University School of Law, where he served as an articles and notes editor on the American Bankruptcy Institute Law Review. He earned his bachelor of science degree in electrical engineering from New York University’s Tandon School of Engineering.